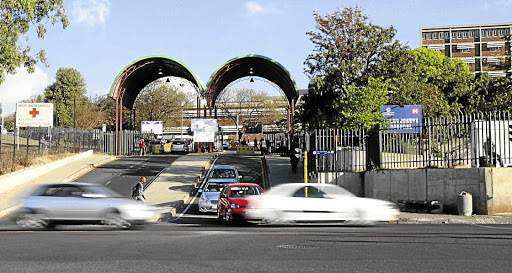 The high court has ruled in favour of Helen Joseph Hospital after a foreign national wanted to be kept on chronic haemodialysis treatment after her kidneys failed. /Antonio Muchave

An urgent application brought by an Ethiopian asylum seeker who wanted to force a Johannesburg hospital to give her medical care has been dismissed.

The high court in Johannesburg last week ruled in favour of the Helen Joseph Hospital after the foreign national wanted to be kept on chronic haemodialysis treatment after her kidneys failed.

Judge Motsamai Makume dismissed the urgent application brought by Alem Bazabe Ereselo, who had her treatment discontinued by the hospital, west of Johannesburg, earlier this year.

Ereselo had approached the court after the hospital had notified her that it would terminate her acute haemodialysis because, among others, she was not a South African citizen and did not possess "verified documents pertaining to refugee status or permanent citizenship awarded".

Asylum seekers in Port Elizabeth say they fear arrest because they do not have paperwork proving that they have applied for refugee status. This is ...
News
2 years ago

The patient had argued that the Bill of Rights in SA's constitution guaranteed everyone the right to dignity, equality and healthcare.

Ereselo, whose asylum application was rejected in July 2010, had filed an appeal with the Refugee Appeal Board on the same day, however, the outcome thereof was still awaited, nine years later. The judgment stated that it's unclear what caused the delay.

In February this year, Ereselo, who had kidney failure and had been treated at the hospital, reached an irreversible end-stage kidney failure which meant she now required long-term chronic outpatient dialysis until a kidney transplant became available.

She argued that the hospital was discriminating against her unfairly and as a result she faced prospects that her human dignity would endure denigration and result in her premature death.

'They are killing us. They are making it impossible for us to live in peace'
News
2 years ago

Ereselo also argued that as long as she's in the country, she must not be treated differently, irrespective of whether or not her presence is lawful or not.

Makume, in a 14-page judgment, ruled that Ereselo was not entitled to the relief she sought and Helen Joseph Hospital was entitled to refuse providing further treatment to her.

The judge relied, among others, on evidence presented by Dr Malcolm Davies, the head of the department of nephrology at Helen Joseph, in which he laid bare the chronic shortage of dialysis slots and the hospital's inability to take new patients.

Makume quoted Davies's evidence which indicated that Ereselo was put on temporary haemodialysis in "an effort to stabilise her condition and for her family to make proper arrangement to have her moved to another facility". Davies indicated that Ereselo and her brother were given a letter to take to the Ethiopian embassy with the view to assist her with repatriation to Ethiopia.

"The applicant was never refused emergency treatment; this is common cause and can never be disputed. Her condition was stabilised and steps were taken to assist her with expedited repatriation to Ethiopia so that when she arrives there she can receive permanent treatment," Makume wrote in his judgment.

The judgment did not make an order on costs.

A Nigerian accused of trafficking a woman into sex slavery has been living in SA without a permit since 2006, the Cape Town magistrate’s court was ...
News
3 years ago

An asylum seeker who entered South Africa illegally and failed to apply without delay is still entitled to apply for asylum under the Refugees Act.
News
3 years ago
Next Article