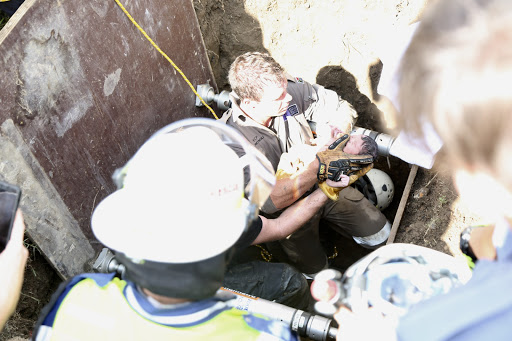 The attorney for the woman accused of discarding her baby has been negotiating for her to be sentenced to correctional supervision rather than jail time.
Image: Jackie Clausen

The Durban woman accused of throwing her baby down a stormwater drain made her first appearance in the regional court on Tuesday.

The woman, who cannot be named to protect the child's identity, was in the dock for less than five minutes before the matter was adjourned. Last week, her case was transferred from the district to the regional court at Ntuzuma for a plea and sentence agreement.

Her attorney, Jacques Botha, has been in negotiations with the state for her to be sentenced to correctional supervision, rather than jail time. However, the matter did not go ahead on Tuesday after the prosecution asked for an adjournment. It is understood that the prosecutor dealing with the case was unavailable for the day.

Last week Botha said that the woman had been cleared by a correctional services report. Her bail of R5,000 was extended and she will return to court on October 24.

The 32-year-old mother of three has been visiting her now six-month-old baby under supervision. The child is being kept at a place of safety.

In February, the newborn was dramatically rescued from a stormwater drain in Newlands East, Durban, after being dumped.

The man believed to be the father told SowetanLIVE's sister publication TimesLIVE previously that despite his extra-marital affair with the mother of the baby, he and his wife were eager to give the baby a home.

The defence team of the Durban woman accused of dumping her newborn baby down a drain earlier this year is pushing for her to be given correctional ...
News
2 years ago

The Durban woman accused of dumping her baby in a storm water drain earlier this year will stand trial in the regional court.
News
2 years ago
Next Article