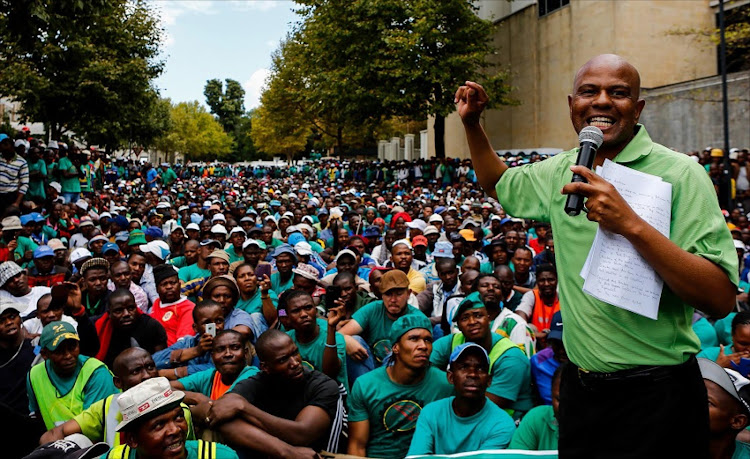 AMCU president Joseph Mathunjwa is seen in this file picture addressing AMCU member in Johannesburg. The union is demanding access to Samancor's financial records, dating back to 2008.
Image: Moeletsi Mabe

The Association of Mining and Construction Union (Amcu) has brought a R7.5bn corruption case against SA mining giant Samancor Chrome.

In papers filed in the Johannesburg high court on Wednesday, the union said the company and its former owner, Danko Koncar, were behind an illicit financial flows scheme which saw the mining giant shift billions of rands in profit offshore.

The allegations are contained in a number of affidavits, including that of former Samancor director turned whistle-blower Miodrag Kon.

Koncar, who is allegedly worth billions, is Croatia's richest citizen.

In an affidavit spanning more than 500 pages, Amcu, which is representing the Ndizani Workers' Trust, has demanded access to all of Samancor's financial records, including its income and expenditure records and the minutes of board meetings, dating back to 2008.

The union has asked Samancor to provide the information within 60 days.

The company and Koncar have yet to file responding papers.

Some bemoan their living space, others are happy
News
2 years ago
Next Article