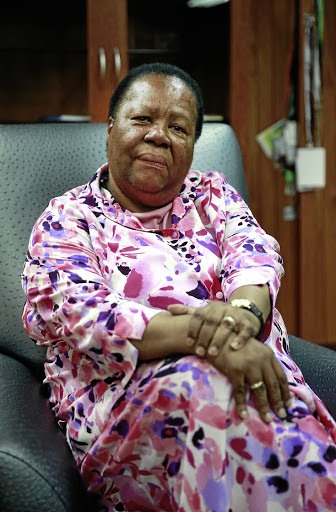 International relations and co-operation minister Naledi Pandor has blamed local media for deliberately pushing a narrative that paints the country as xenophobic.

Pandor was briefing the media in Pretoria on Monday ahead of next week's UN General Assembly (UNGA) in New York.

The minister said the government would clarify to the UN that the country was "not a xenophobic nation", adding that domestic media was intent on pushing the xenophobia narrative.

According to Pandor, the "unfortunate and tragic events of the past two weeks" - which saw attacks on African foreign nationals and looting of their businesses - was a "complex issue" which needed to be looked at in context.

She then called on local media to help the government in pushing "a different message" about what was going on in the country.

"I would urge the media of South Africa to help us and start sending a different message to the people of the world, as well as to our own people, to convey the message that we welcome all to our country, and that the events that occurred were events that none of us regard as to be tolerated and we believe were a shame to our nation.

"I note the resistance of the media, even when respected actors in matters of human rights have said it is wrong to call South Africans xenophobic.

"The events that have happened are of concern, but maintaining this notion, which the media seems intent to do, is a problem for us.

"We need to begin to be far more astute in the kinds of messages we convey and recognise our responsibility, even as the media, to change the perception of our nation and provide greater education rather than enhancing fear, antipathy and negativity."

Pandor said when she arrived at the UN as the head of the South African delegation sent by President Cyril Ramaphosa, who opted to focus on domestic issues, she would give the same message she gave to African diplomats she met last week.

"I will convey the messages the president has conveyed. I will indicate to them that we are dealing with a very complex matter, and that as South Africans we truly regret what happened in our country and we are committed to ensure there is no recurrence. We will do more to ensure we build bridges between South Africans and non-nationals in our country."

The minister said she did not expect any hostility towards her because of the attacks on foreign nationals, saying no diplomat "ran away from me" when she attended the memorial service for Zimbabwe's founding president Robert Mugabe at the weekend.

Usually the most overwhelming thing about driving past and around Oakmoor Long Distance Taxi rank in Tembisa, on the East Rand, is the lingering ...
Opinion
2 years ago

Pandor will be accompanied to the UNGA by health minister Zweli Mkhize, environmental affairs, forestry and fisheries minister Barbara Creecy and minister in the presidency Jackson Mthembu.

Among other priorities the South African delegation will champion at the annual event, said Pandor, would be to affirm the need for multilateralism, a push for the reform of the UN Security Council permanent membership, and emphasise the need for the UN to promote an equitable, peaceful and fair world order.

Furthermore, Pandor said peace, particularly in Africa, was paramount, adding that this UNGA was more critical to stress this because it coincided with the Mandela Decade for Peace.

On the sidelines of UNGA, South Africa would also attend side events and have bilateral meetings with several countries.

Among the sideline events South Africa will attend is the high-level meeting to promote the total elimination of nuclear weapons, one of the UN's longest-standing thorny issues.