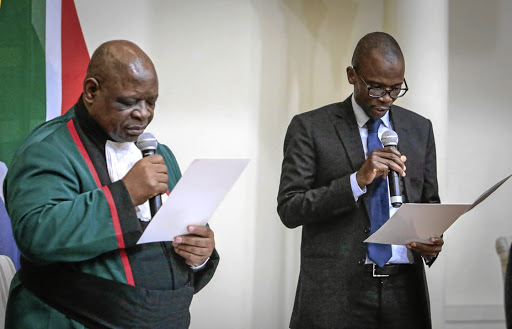 The DA will refer deputy minister of finance David Masondo to public protector Busisiwe Mkhwebane for further investigation following reports that he abused state resources to settle a personal score with an ex-lover.

This comes after investigative journalists amaBhungane reported that Masondo had allegedly set the Hawks on his ex-mistress following disagreements over a financial settlement for counselling after the woman allegedly underwent an abortion at the advice of the deputy minister.

The DA said the Hawks' job is to pursue serious, organised commercial crimes and had nothing to do with disputes of the bedroom.

"The Hawks are mandated to target 'serious organised crime, serious commercial crime and serious corruption' – none of which apply to the instance of a settlement agreement between individuals who shared a romantic affair," said DA shadow minister of finance Dion George.

Following numerous public outcries on the questionable conduct of some ANC leaders in government, the party's MPs and provincial legislatures spent ...
News
3 years ago

"If Masondo did in fact use his influence and abuse his position, it would be in breach of the Executive Members' Ethics Act and he should be investigated for such. The DA will refer this incident to the public protector for further investigation."

According to amaBhungane, the dispute between Masondo and the woman started when the deputy minister objected to the involvement of his family in the pregnancy, as is African tradition.

Instead, he offered her financial compensation for abortion and subsequent counselling for the trauma of the experience.

The duo bickered over the price of the cost of the therapy sessions and allegedly ended when the woman gave in to a down payment that Masondo had offered.

However, upon collecting the agreed-upon deposit from Masondo, the lady was pounced on by covert Hawks officers, the report revealed.

"This would appear to be highly unethical in nature, due to the fact that there are several reports indicating that there is proof that a monetary agreement was reached between Masondo and the ex-lover - which she was later allegedly arrested for by undercover Hawks personnel," said George.

"If Masondo is indeed found guilty of abusing his office and state resources, he is not fit to be part of President Cyril Ramaphosa’s executive, especially in the influential and important portfolio of finance."