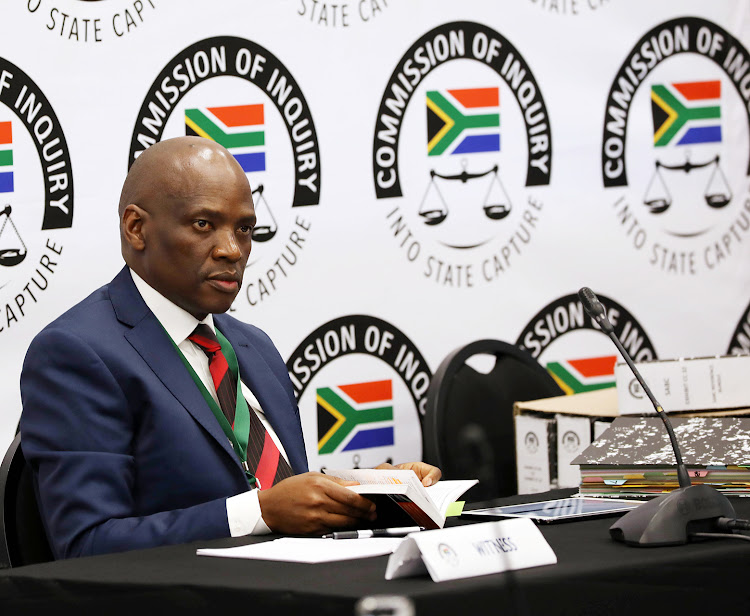 This was how Hlaudi Motsoeneng described his relationship with former president Jacob Zuma. He was testifying at the state capture inquiry on Wednesday.

Motsoeneng, who previously served as the chief operations officer at the SABC, was responding to claims put before the commission by senior staff at the public broadcaster, who alleged that Motsoeneng instructed that Zuma be given prominence ahead of the 2014 national elections.

"I know Zuma, but he is not my friend. I’m not close to him like people say I’m close to Zuma. I know him," he said.

Motsoeneng was seen on stage with Zuma at numerous public rallies in support of the former president when he appeared in court on corruption charges. He was also spotted inside the courtroom with other Zuma loyalists, including Supra Mahumapelo and Des van Rooyen.

"There were times where media and SABC generally were calling [Zuma] names on live programmes. I said to them, 'Whether you like Zuma or you don’t like him, he’s the president of the country. But even if you don’t like him, mind your language,'" Motsoeneng told the commission.

"The president of the country, he must account to the public because people are raising issues. Because we are going to elections ... he must be given more time on those issues to explain. Not because it was Zuma. I’m the president of the African Content Movement, I still accept that I can’t get time equally so with Ramaphosa," he said.