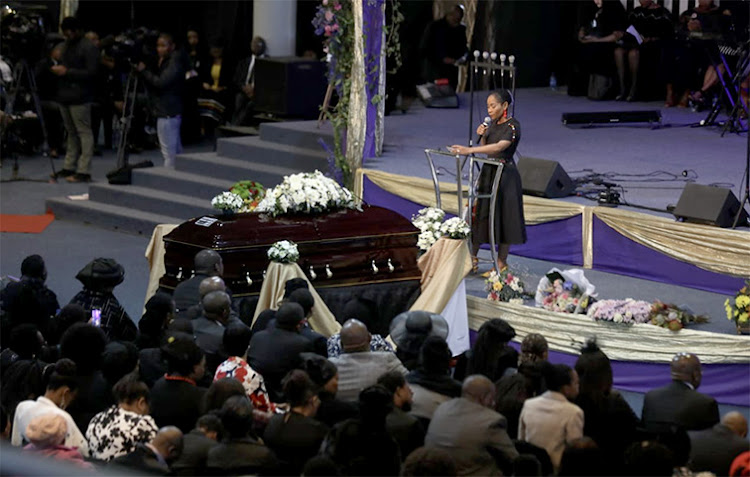 University of Cape Town vice-chancellor Professor Mamokgethi Phakeng announced the establishment of the Uyinene Mrwetyana scholarship for women in humanity studies on Saturday before thousands of mourners gathered at the Abbordford Christian Centre in East London.

To applause Phakeng said: “We have made a commitment, we at UCT to not allow Uyinene’s death to just remain another statistic.

We don’t want her just to be a number. One of the ways we will take a stand against the crime that ended her life is through establishing the Uyinene Mrwetyana scholarship for women in humanity studies.

"Uyinene was a bachelor of arts student majoring in film and media studies as well as politics and governance.

Through this scholarship we would like to provide opportunities to other young women like Uyinene, who dream of a career within the discipline of humanities. Each time the scholarship is awarded will be a reminder the tragic circumstances under which Uyinene’s life was taken.”

The scholarship will also be awarded in an effort to keep the “flames of Uyinene’s legacy burning”.

Phakeng said it would be awarded to women and she proudly announced that the UCT community had already started donating funds towards the initiative.

UCT Vice-Chancellor Mamokgethi Phakeng, @FabAcademic says we should work together to end the scourge of gender based violence #RIPUyineneMrwetyana #RIPUyinene pic.twitter.com/OnB05QBMBD