WEF's only priority should be women's safety, says summit delegate 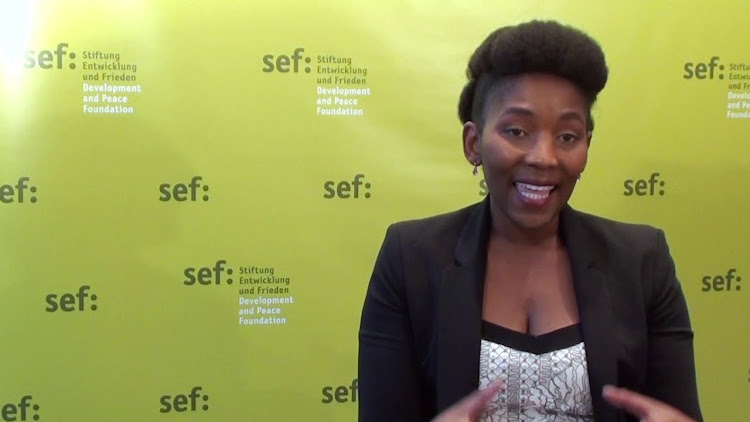 A delegate at the World Economic Forum (WEF) on Africa threw away her notes on Wednesday and said she would speak only about gender-based violence.

Namhla Mniki, executive director of African Monitor, said she had been due to lead discussions in Cape Town about how to innovate in pursuit of the UN sustainable development goals.

But the uprising sparked by the murder of University of Cape Town (UCT) student Uyinene Mrwetyana had changed her mind.

"Many of Africa's leaders at WEF will be grappling with Africa's current opportunities and the fourth industrial revolution," Mniki said. "But how can we discuss ease of doing business in a nation that is in turmoil? How can we talk about artificial intelligence and drone economies when we can't put resources aside to help the women of SA to be safe?

"Shouldn't the women of this country be our priority?"

Mrwetyana, 19, disappeared after going to collect a parcel at Clareinch post office in Claremont, near her UCT residence, and a 42-year-old post office clerk has been arrested for her rape and murder.

Mniki said she would focus her efforts at WEF Africa at "getting a deal from business and government to make our public service delivery points safe" by the time the four-day gathering ends.

She was critical of deputy president David Mabuza for his comments on Tuesday about the work the government was doing to educate women on vigilance and to train female police officers how to respond to victims of gender-based violence.

"How does this response have anything to do with women and children being attacked at government service points?" she said, calling for screening of every civil servant to see if anything in their past placed customers in jeopardy.

"If any of them is found to be having a pending case or have been found guilty of any crime against women and children, they cannot serve in their position," said Mniki. "Offenders of any kind cannot serve our communities as government employees."

African Monitor is an NGO that aims to "promote a grassroots-led and people-centred development agenda among policy makers in Africa and globally, and to build the capacity of African citizens to participate effectively in development delivery".