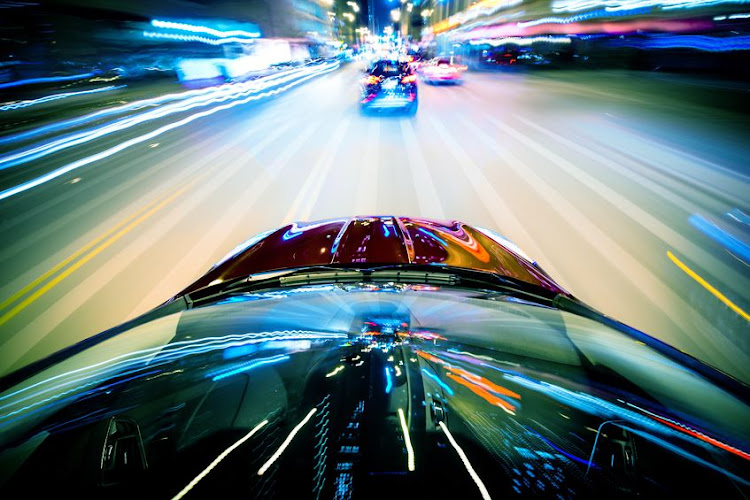 A man who claims to work for Taxify took a traffic officer and two passengers on a 186km/hour hell ride before crashing into a Mercedes on the N1 in Cape Town.
Image: 123RF/istock photo

A man claiming to be a Taxify driver who was stopped and found without an operating permit, took a traffic officer and two passengers on a wild 186km/h hell ride until it ended with a bang.

The 25-year-old driver collected two passengers from a hotel in Greenpoint, Cape Town, and was en route to their destination at the Waterfront when traffic officers pulled him over on Saturday.

After failing to show them an operating permit, a traffic officer agreed to accompany the driver and passengers, seated in the back, to their destination and then escort the driver to the Gallows Hill traffic department. But instead of turning into the Waterfront, the driver sped out of the city and raced on to the N1 with his three passengers.

"He ignored the officer's request to stop and a speed camera shows he was speeding along at a furious 186km/h," said the city's traffic services spokesperson Richard Coleman.

"The officer was unable to get the driver to stop and eventually the vehicle collided with a Mercedes Benz on the N1 at Koeberg Road," he said.

The officer and passengers were taken to hospital with slight injuries and the driver was arrested for reckless and negligent driving.

The investigating officer indicated more charges would be added.

Singing Uber driver heading to Hollywood to showcase his talent

Opera singing Uber driver Menzi Mngoma - who shot to fame after being recorded singing while driving his cab - is headed to Hollywood to showcase his ...
News
2 years ago
Next Article