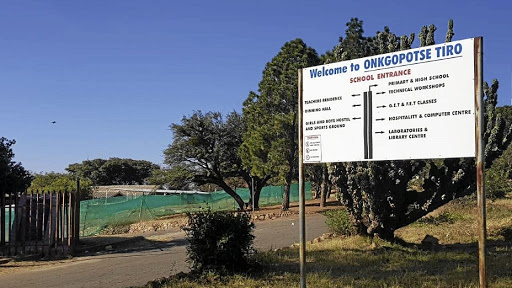 Hundreds of pupils at a school named after student activist Onkgopotse Tiro lived up to his struggle when they shut classes for a week demanding better living conditions.

The pupils from Onkgopotse Tiro Combined School in the North West embarked on a protest after a contractor hired to renovate their hostel left it incomplete.

Ironically, the school is named after Tiro, who fought for quality education for the black child.

Tiro was expelled from the University of the North as he strongly criticised Bantu education during his 1972 graduation speech known as the Turfloop Testimony.

He was murdered by the apartheid government in February 1974.

The school governing body chairperson Elizabeth Molapisi said the pupils have until tomorrow to decide whether they still want to continue with their studies or not.

"The pupils demanded that their teachers be evicted from teachers' quarter houses so they can move in, for the hostel renovations were taking long," Molapisi said.

Four days after academic activities were suspended at Onkgopotse Tiro Combined School, near Mafikeng, pupils who staged a protest over renovations of ...
News
2 years ago

"They have not been in class for a week even though they have been temporarily accommodated in other schools with North West department of education providing them with food and transport.

"Since they have not been showing any signs of being interested in their education, they have to come with their parents on Tuesday and indicate whether they still want to attend school or not."

North West education department spokesperson Elias Malindi said: "Last year, the department realised that the school hostels were not safe and needed renovations. The contractor left the site in June after realising that he could not cope with the project. He was only paid according to the job that he performed and a new contractor will take over from where he left [off]."

Malindi said the project started in August last year and it was supposed to take eight months. The 296 pupils who lived in the hostel were then relocated to the Boitseanape and Batswana secondary school hostels and provided with transport and three meals a day, he said.

"I am really disappointed and dismayed by the disrespectful behaviour displayed by our own pupils. This behaviour is highly unacceptable and we are now in the third quarter of the year and this is a very crucial period," she said.