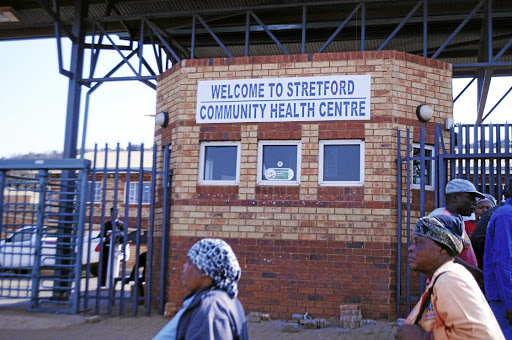 Police have arrested a 22-year-old Orange farm woman for allegedly abducting a three month old baby at the Stredford clinic, south of Johannesburg on Wednesday.

"The suspect has been arrested and charged with kidnapping, police worked tirelessly and conducted a full search after positive leads assisted in the investigation." said Lephotho.

The mother of the infant, Neo Salemane, 28,  said she was tricked by the strange woman who later fled with her baby from the clinic.

Speaking to Sowetan after the incident, Salemane said the child was stolen from her in the mother-baby section of the clinic.

"I arrived at the clinic at around 8am for immunisation. While I was in the queue with other mothers, an unknown woman came and joined us.

"We later set together and she sat next to me. She started a conversation with me and the lady who was next to me," Salemane explained.

"My child started crying, and this woman pretended to be concerned about my baby and offered to calm him down. "She comforted my baby for about 15 minutes until he fell asleep in her arms."

Salemane said another woman who was sitting next to her asked her (Salemane) to carry her baby since Salemane's child was with the strange woman.

"She asked me to carry her baby as she was going to collect her clinic card. I was left with this strange woman who seemed so caring about children. She even offered me tips on how to make babies sleep and told me that she was a mother herself. She said she had a seven-month-old baby.

"When the other woman came back she took her child and left. But soon thereafter, this other woman mysteriously disappeared with my baby and I don't know what swayed my focus. But what I knew was, she had vanished with my little baby," the mother said.

"The woman was seen via CCTV footage leaving the clinic with baby at around 10am on Wednesday," said Lephotho.

Lephotho said the baby has been reunited with the mother.  The suspect will appear in court soon.