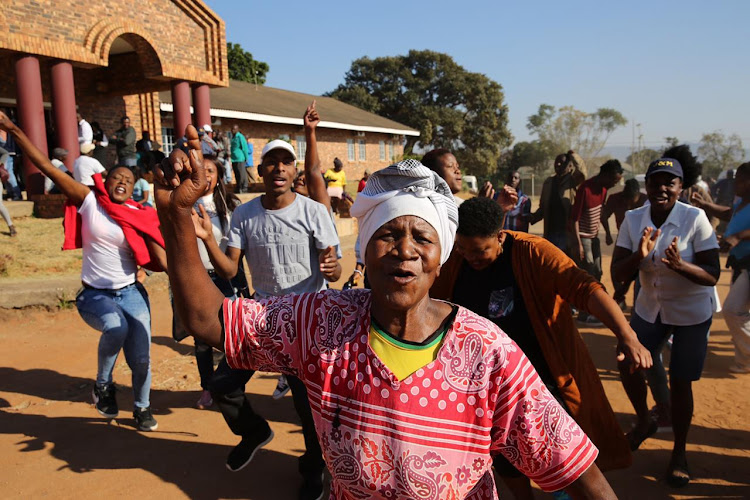 Angry community members outside the Masoyi Magistrate's Court on Tuesday where a suspected serial killer is due to appear.
Image: Thapelo Morebudi/TimesLIVE

Scores of angry residents have descended on the magistrate's court at Masoyi, near Hazyview, Mpumalanga, baying for the blood of an alleged serial killer.

The 25-year-old suspect, who appeared briefly in court last week, was arrested in connection with the murder of four women and a teenager.

Police initially arrested him for the murder of a 24-year-old woman in May. He had met the woman on Facebook.

It was while doing a search of his home for the woman's body - which he had buried near a pit toilet - that he allegedly pointed out the places where he had buried his four other victims. Two of them were buried under a concrete floor which he had been renovating.

Five bodies were unearthed at the home of the so-called Facebook serial killer.
Image: Mandla Khoza/SowetanLIVE

The others, according to police, were buried in the yard of his home.

The bodies were excavated from their graves at the weekend.

The man is set to appear in court shortly on five charges of murder, violation of a corpse and concealment of a body. 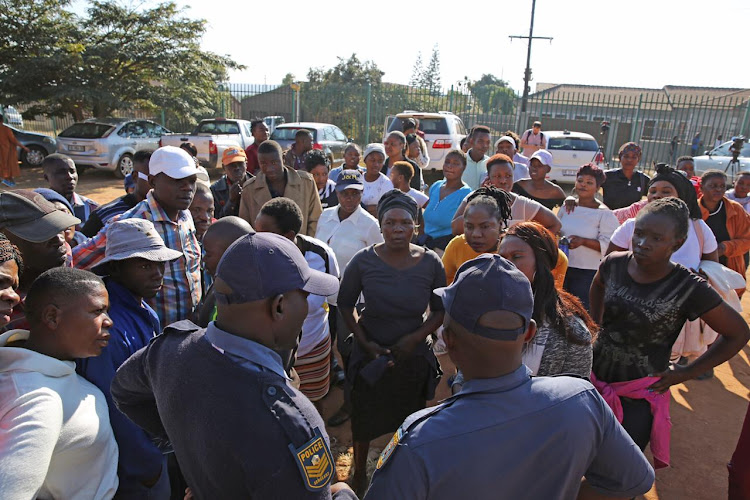 A crowd gathers outside court ahead of Tuesday's appearance by the man who who allegedly murdered five women between 2017 and May 2019.
Image: Thapelo Morebudi/TimesLIVE