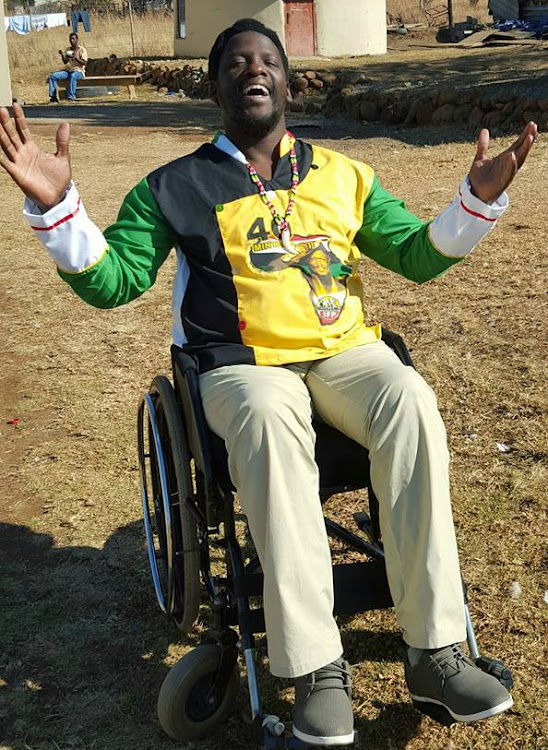 IFP councillor Mthembeni Majola was killed during a gun attack in Estcourt on Friday
Image: Facebook

Police have launched a manhunt for the killers of an Inkatha Freedom Party councillor who came under fire in the KwaZulu-Natal town of Estcourt on Friday night.

Mthembeni Majola, 39, suffered multiple gunshot wounds after unknown men opened fire on the vehicle he was travelling in on the R103 just before 9pm.

Police spokesperson Capt Nqobile Gwala said two others were injured during the shooting.

"The driver sustained multiple gunshot wounds and was declared dead at the scene. The two passengers were rushed to hospital after they were also injured due to the shooting.

"The motive for the attack is unknown and yet to be established as investigations are ongoing," said Gwala.

Police are investigating a case of murder and two of attempted murder.

"It is unacceptable that yet another life of a public representative has been snuffed out through the barrel of a gun.

"As the sphere of local government in the province, we are in shock, as forces hell-bent on plunging this critical sphere into chaos continue their assault on this democratic institution," said Hlomuka.

He urged community members to come forward with any information that could assist police.

IFP councillor and child shot while driving on N2

An Inkatha Freedom Party councillor and his 11-year-old child were shot while travelling on the N2 freeway towards KwaDukuza, north of Durban on ...
News
2 years ago

The Hawks in KwaZulu-Natal have taken in four men for questioning in connection with the brutal murder of chief Linda Mathonsi (60) and attempted ...
News
5 years ago
Next Article