Five arrested for 'stealing' sheep they loaded into a taxi 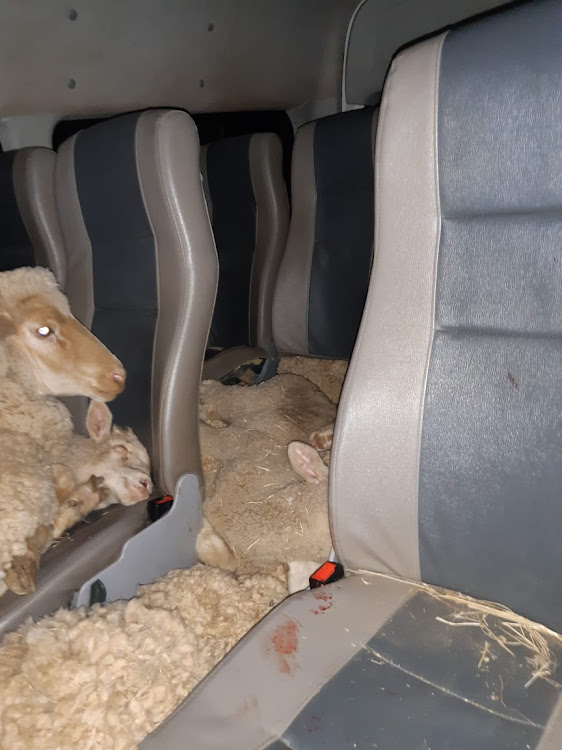 The taxi was stopped and the suspects arrested. Police recovered 30 sheep.
Image: SAPS

Five people have been arrested for allegedly stealing 30 sheep, which they loaded into a taxi in Aliwal North, Eastern Cape.

Police spokesperson Capt Ursula Roelofse said police followed up on information that the sheep were being transported in the taxi early on Friday morning.

The vehicle was stopped and the suspects arrested. Police recovered 30 sheep.

Roelofse said the suspects were allegedly part of a syndicate operating in the Eastern Cape and Free State.

The men, aged between 22 and 39, are expected to appear in the Aliwal North Magistrate's Court on Monday.

Sergeant and two accomplices arrested for stock theft in Limpopo

A police sergeant and two accomplices were arrested in Musina, Limpopo, on Tuesday for alleged stock theft after cops seized a bakkie full of meat.
News
3 years ago
Next Article