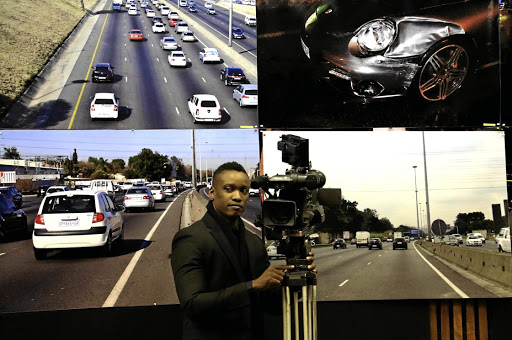 "She's gone. There is nothing I can do about it" Phumzile Dube's mother said outside court on Friday after Duduzane Zuma was found not guilty of culpable homicide.

"My daughter is dead and she is not coming back‚" Adina Dube said.

The 30-year-old mother of one was a passenger on the minibus taxi that was involved in a collision with Zuma's Porsche on the M1 near Grayston Drive in 2014.

The family had supported the bid by Advocate Gerrie Nel to bring a private prosecution against Zuma‚ after the National Prosecuting Authority initially declined to press charges. The state last year decided to bring the case to trial.

The family told SowetanLIVE sister publication TimesLIVE in 2017 that they were raising Phumzile's daughter‚ despite financial constraints.

The Road Accident Fund never paid them compensation for the accident‚ with only the taxi association‚ which owned the minibus taxi that Dube was travelling in at the time‚ paying them R5‚000.

Duduzane Zuma was found not guilty of culpable homicide on Friday.
News
2 years ago

They were never given an explanation why a trial had not been instituted prior to Nel and AfriForum's involvement‚ Dube’s brother Pedzisani said.

From the trial‚ they wanted answers on behalf of their mother and Phumzile's daughter.

“She is so young and does not understand why her mother can never come home‚" said Pedzisani Dube. “Every child needs their mother and we want the man who took our sister away to give us those answers and be held responsible.”

Earlier on Friday‚ Randburg magistrate Tebogo Thupaatlase found Zuma not guilty of culpable homicide. He said the state had failed to prove that he was negligent and that he had foreseen Dube's death.

Shortly afterwards Dube's family‚ who were present in court‚ appeared disappointed as they emerged from an office after consulting with the National Prosecuting Authority (NPA).

"We respect the decision of the court‚ but the family is not happy‚" said Elias Maangwale‚ Afriforum's private investigator.

A second charge of culpable homicide in connection with the death of Jeanette Mashaba‚ who died in hospital a few weeks after the crash‚ was dropped. This after a pathologist ruled that Mashaba’s death was as a result of natural causes.

Duduzane Zuma has told the Randburg magistrate's court that he sympathises with the families of the two people who died when his Porsche collided ...
News
2 years ago

Michael Jankelowitz, a motorist who testified on Duduzane Zuma's behalf, says he did not want former president Jacob Zuma's son to get an unfair ...
News
2 years ago
Next Article