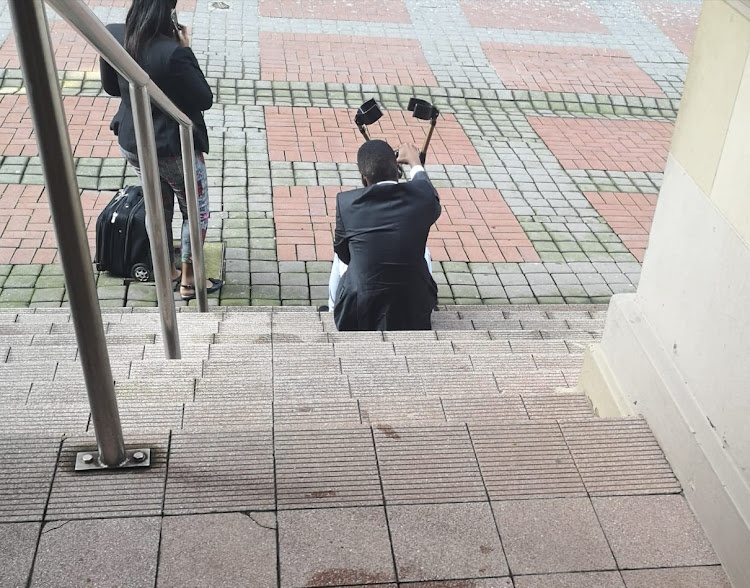 A sickly Philani Ntuli pictured on the steps of the Durban High court during his last appearance in March.
Image: SUTHENTIRA GOVENDER

The man accused of the kidnapping, rape and murder of Durban escort Siam Lee – Philani Ntuli – has died.

Lee was abducted in January 2017 from a Durban North house that was operating as a brothel. While the search for her spanned the province‚ the charred remains of a woman were found in a sugarcane field in New Hanover two days later.

The remains were later positively identified as the 20-year-old by her relatives and later confirmed by DNA tests.

He said Ntuli had been diagnosed with skin cancer and was undergoing treatment.

This publication had withheld his name until he tendered a plea.

He last appeared before the Durban High Court in March for the state and his legal team to set a trial date.

At the time, he cut a sickly figure, moving in and out of the dock on crutches.