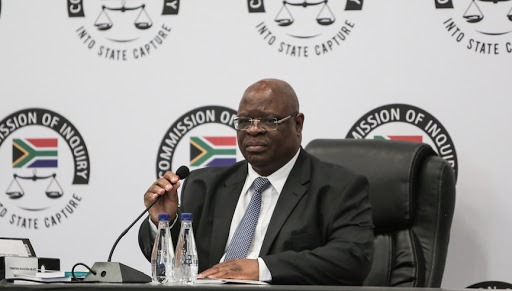 Transnet lost out on hundreds of millions of rands due to a controversial 2015 decision to swap interest fees on a multibillion-rand loan to finance the state-owned enterprise's procurement of 1‚064 locomotives.

Jonathan Bloom‚ an expert in financial risk management who was contracted by MNS Attorneys to assist their investigation into irregularities at Transnet‚ told the state capture inquiry on Wednesday that Transnet's losses were close to a R1bn.

Furthermore‚ it would cost Transnet almost double that to exit the deal.

By 2015‚ Transnet had entered into two massive loan agreements to pay for the trains‚ the procurement of which is in itself shrouded in fraud and corruption.

The first was with the Chinese Development Bank for about $1.5bn and another‚ referred to as a "club loan" between a syndicate of lenders‚ for about $1bn.

All the loan transactions were granted at floating rates. But soon after the money was received‚ Transnet treasurer and state capture-implicated Phetolo Ramosebudi said the floating interest rates on the club loan should be converted to fixed-interest - a decision which came under fire at the time and has been one of the main focuses of the commission's investigations into Transnet.

Bloom told the commission that as of May this year‚ Transnet has lost R850‚538‚508 because of the interest swap on the club loan. He said it would would cost Transnet an additional R1‚831‚016‚534 to exit the deal.

His testimony was drawing to a close on Wednesday afternoon.

Transnet paid Gupta-linked company Regiments Capital a massive 754% more than the R35.2m it had budgeted for transaction advisory services between ...
News
3 years ago

Transnet is said to have ignored advice from PricewaterhouseCoopers when it signed-off agreements with locomotive manufacturers Bombardier and China ...
News
3 years ago
Next Article