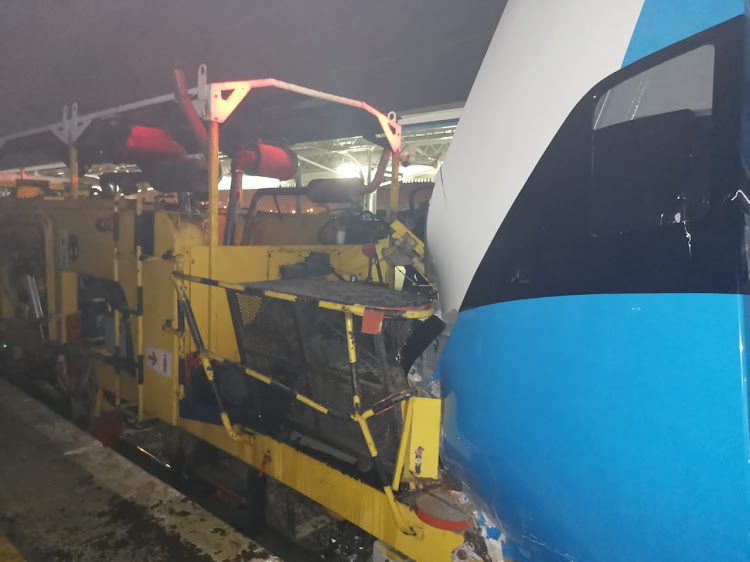 An investigation is underway into the cause of a train crash in Mamelodi, Pretoria.
Image: Twitter/Sphelele

The signalling system on a Pretoria train line where a Transent rail tamping machine crashed into a stationary metrorail train injuring 64 commuters and two crew members has not been working for two years, according to transport minister Fikile Mbalula.

Mbalula was releasing the preliminary investigation report in Rosslyn on Wednesday by the railway safety regulator on the crash on Saturday. The report also found that the tamping machine failed and lost its brakes.

The minister said this led to the tamping machine accelerating "on the track towards the Eerste Fabriek station where it collided with a stationary metrorail train". Mbalula also announced that communication between the crew of the tamping machine and centralised train control centre also failed.

As a result of the collision, the train services between Pienaarspoort and Pretoria were affected. Acting Passenger Rail Agency of SA CEO, Nkosinathi Sushi, said they are faced with a problem of old rail infrastructure that has gone beyond its life circle.