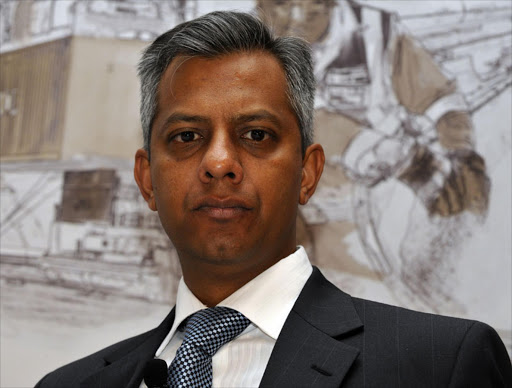 The state capture inquiry has heard that former Transnet finance boss Anoj Singh did not have the authority to appoint Gupta-linked firm Regiments Capital as a transaction adviser for the controversial multibillion-rand procurement of 1,064 locomotives.

Transnet's appointment of global consultancy firm McKinsey and its eventual ceding of duties to Regiments came under the spotlight at the commission on Wednesday when MNS Attorneys boss Tshiamo Sedumedi took the stand for a second day.

MNS was one of the companies appointed by Transnet's new board in 2018 to investigate various contracts awarded during previous administrations led by Brian Molefe and Siyabonga Gama. These included the:

Sedumedi said their investigation found that in May 2012, Transnet issued a request for proposal (RFP) for transaction advisers - one of the criteria for a successful bid being that a company should submit audited financial statements for three years.

The state capture inquiry will from Monday turn its focus onto embattled state-owned company Transnet when it delves into allegations of procurement ...
News
3 years ago

Although McKinsey did not do so, a consortium of companies that it led was eventually appointed.

"McKinsey's submission or proposal was non-responsive and should not have been entertained," said Sedumedi.

Later that year, in August, Singh compiled a memorandum and forwarded it to Molefe. It detailed a conflict of interest between two companies in McKinsey's consortium, Letsema and Barloworld, and advised that Letsema be replaced by another entity.

This was before the contract was awarded to McKinsey's consortium.

Then, in December 2012, Transnet concluded a letter of intent (LOI) appointing the McKinsey consortium as a transaction adviser. Letsema had by this time been replaced by Regiments Capital, a company run by Gupta family associate Niven Pillay.

"It then goes without saying that any person that substitutes Letsema or any member should be put through at least the same process to determine if the McKinsey consortium still meets the requirement of being the best supplier," said Sedumedi.

This was not done, and the LOI was issued for nine months - and thereafter extended for another month until November 30 2013.

"From December 1 2013, there was no valid contract between McKinsey and Transnet," said Sedumedi.

The MNS investigation found that Singh then signed another agreement, allowing Regiments to provide some of the transaction advisory services contracted to the McKinsey consortium of which it was a part of. This was for 12 months, commencing in January 2014.

"This agreement is irregular as there is no procurement event between Regiments and Transnet. Singh does not have the authority to appoint transaction advisers on behalf of Transnet," said Sedumedi.

Global software company SAP’s investigation into contracts with state-owned enterprises (SOEs) Transnet and Eskom has found that there were payments ...
News
4 years ago

But a month later, McKinsey ceded its rights and responsibilities arising from the contract with Transnet to Regiments.

"Any attempt by anyone to extend the LOI is an attempt to do the impossible. Regiments was not a party to the LOI because that LOI was between Transnet and McKinsey. The cession in February - we have not been able to locate this cession," said Sedumedi.

"Again, even if McKinsey ceded as the letter suggests, there was nothing to cede because whatever rights they had ceased to exist on December 1 2013. It was legally impossible to cede rights that did not exist.

"The first addendum between Transnet and Regiments in April 2014 extends from an invalid [agreement] - and in any event, Regiments was not a party to that because the cession they made reference to occurred when the LOI had already lapsed."