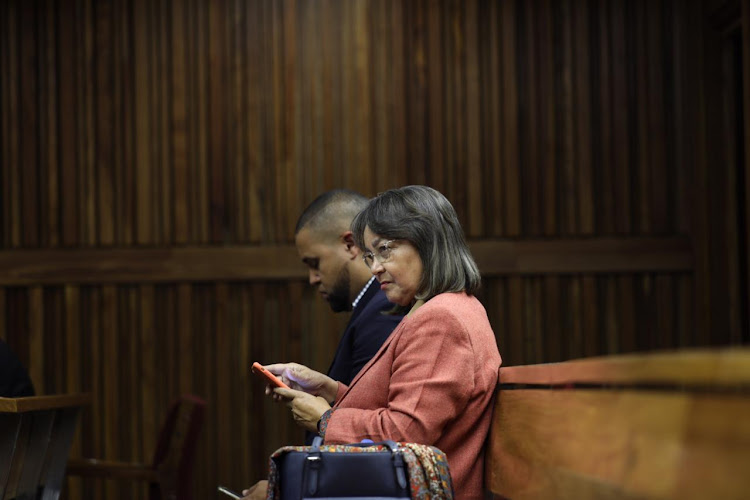 The IEC has insisted that the DA breached the electoral code by refusing to apologise to former Cape Town mayor Patricia de Lille for claiming it had fired her.

Addressing a full bench at the South Gauteng High Court in Johannesburg yesterday, the IEC said the opposition party had canvassed support using De Lille's name, which is in breach of the electoral code.

De Lille, who is now the minister of public works and infrastructure, lodged a complaint with the IEC against the DA, charging that the party had used its pre-election telemarketing campaign to spread lies about her.

The IEC found the DA to have violated the electoral code of conduct when it untruthfully told potential voters in a telemarketing election campaign that the party had fired her because she was "corrupt".

"The power to ensure free and fair elections must include, in our submission, the power to say that someone has breached the electoral code and must be directed to retract and that is all we are prepared to say," said the IEC's advocate Steven Bundlender.

"The IEC has the power to say when someone makes a statement which we know from the Concourt's jurisprudence undermines free and fair elections, that must include the power to say, 'you were wrong and you're in breach which is binding'."

The DA turned to the court to appeal the findings of the IEC and also to challenge the commission's power to order them to apologise.

The DA argued the IEC had overstepped its power and that only a court could order the party to apologise to De Lille. However, Bundlender maintained that it was at fault.

Advocate Ismail Jamie, SC, arguing on behalf of the DA, said the IEC doesn't have any powers to make any remedial suggestions to them.

Jamie insisted that the word "fired" ought not to be taken in its literal meaning.

Reacting to the court ruling, De Lille said the DA was yet to provide tangible evidence that they dismissed her from her duties. "They (DA) claimed that they fired me but they don't have any evidence or proof that they had a disciplinary hearing against me and that is why I contested it."

Judge Boissie Mbha said he will take time to deliver judgment as the court still needed to apply its mind.