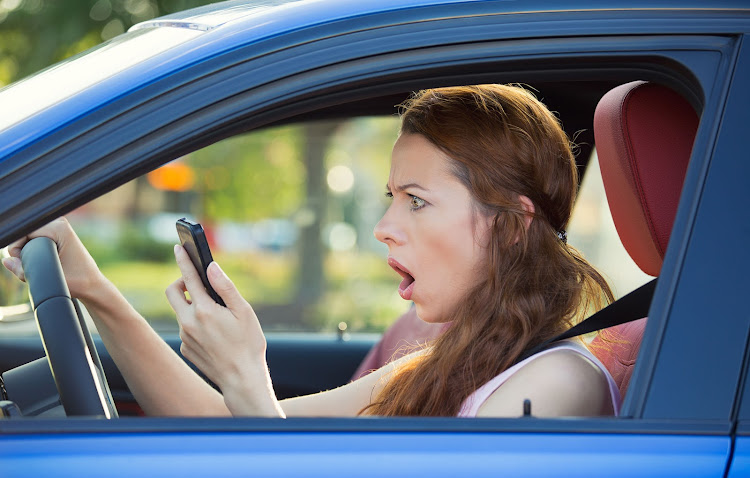 Bad driving habits are being reported to Joburg's WhatsApp hotline for follow-up by the traffic police.
Image: Ion Chiosea/123rf.com

More than 2,000 complaints of bad driving have been lodged through the city of Johannesburg's newly launched WhatsApp hotline.

The hotline was launched in partnership with the metro police department (JMPD) to curb lawlessness almost a month ago.

"The hotline has since received 2,200 incidents. These range from driving in the emergency lane, illegally overtaking, stopping without signalling and vehicles without brake lights," said public safety MMC Michael Sun.

Speaking earlier about the hotline, Joburg mayor Herman Mashaba said complaints could be accompanied by evidence uploaded to the hotline.

"The reckless-driving hotline allows residents to report reckless and inconsiderate road behaviour. They will be able to upload the footage on the WhatsApp-based hotline, whereafter the JMPD will follow up and take the necessary action," said Mashaba.

"The launch of this project is aimed at improving driver behaviour and to ensure that road safety is enhanced for all - especially since reckless driving and driving under the influence of alcohol have been at the top of the monthly transgressions."

The 2,200 complaints already logged are being investigated and prosecution will be applied accordingly, said the city.