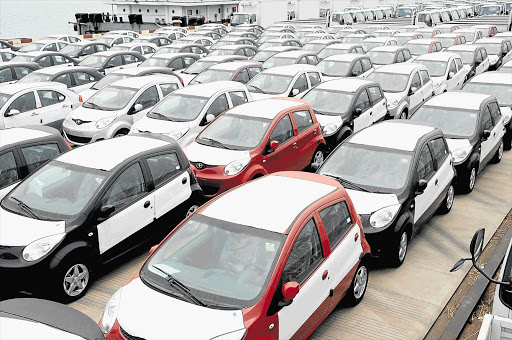 Brexit may have a negative impact on SA's sugar and automotive vehicle trade with the EU.
Image: Gallo/Getty

SA's sugar and automotive vehicle trade with the EU is a matter of concern for the ANC should Britain leave the union on Friday.

Speaking at a manifesto briefing at the party's headquarters on Sunday, trade and industry minister Rob Davies said his department was "watching very closely" the processes and implications of Brexit as the EU remained the country's largest trading partner, and investor, as a bloc.

He said if the UK were to "crash out" of the EU without any agreements in place, the WTO's terms of trade would apply - which may affect duties on products like sugar and automotive vehicles imported to SA.

Davies also said the party was concerned about the trade wars between the US and China, adding that SA had become "collateral damage" in the battle.

According to a document produced by the ANC at the briefing, which was read out by small business development minister Lindiwe Zulu, the EU represents 77% of SA's total foreign direct investment, the total trade from which amounts to more than half-a-trillion rand. In addition, over 2,000 companies from the EU operate in SA, creating more than 500,000 direct and indirect jobs.

"SA has several bilateral agreements with most of the countries in the EU that have benefited our country. We note with concern the ongoing Brexit debate and hope that a resolution will be reached in this regard. As the ANC-led government, we will ensure that we nourish stable economic ties with all countries bilaterally and through various multilateral platforms," the document reads.

UK Prime Minister Theresa May now is asking for Britain's departure from the EU to be pushed back until June 30.

This week's Brexit turmoil leaves the world's fifth largest economy facing a range of scenarios. It could leave the European Union without a transition deal; May could hold a snap election or try a third time to get her deal passed; or Britain could hold another Brexit referendum. But what does it all mean for SA?