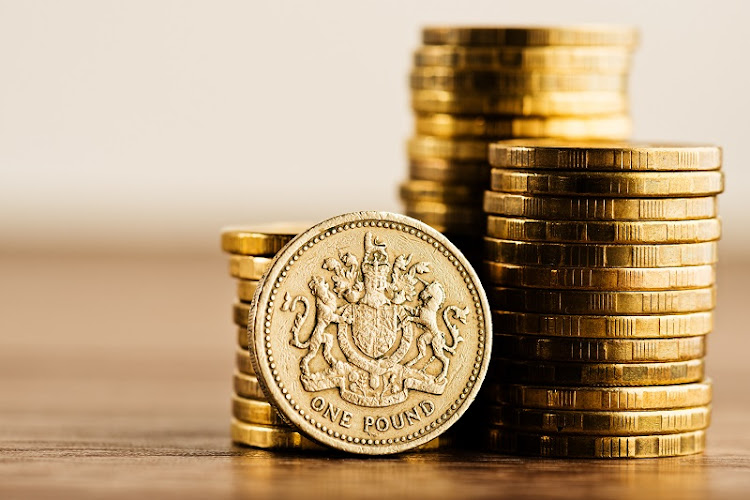 The pound on Wednesday enjoyed its biggest one-day gain against the dollar since last April after UK lawmakers resoundingly voted to reject a no-deal Brexit.
Image: Potapova Valeriya/ 123rf

Sterling retreated on Thursday from nine-month highs as traders braced for the week's third parliamentary Brexit vote, this time on whether to extend Britain's March 29 deadline for exiting the European Union.

The pound on Wednesday enjoyed its biggest one-day gain against the dollar since last April after UK lawmakers resoundingly voted to reject a no-deal Brexit.

Investors expect the result could prompt eurosceptic parliamentarians to finally back the unpopular deal Prime Minister Theresa May negotiated with the EU, or may lead to a long Brexit delay that eventually reverses the result of the 2016 referendum.

Both those scenarios would be positive for sterling by ruling out a disorderly exit from the EU.

However, some of the optimism has given way, with no sign that lawmakers can reach any consensus on amending May's deal so it is acceptable to all sides and the EU.

Tim Graf, head of macro strategy at State Street Global Advisors, said the chances of a no-deal Brexit were now less than 5 percent but warned of risks.

"There is gradual optimism being priced in ... it's clear parliament are starting to exert themselves more forcefully," Graf said.

But he added: "There is always the chance the EU won't grant an extension if they are just going to be trying to push this deal through ... that's where the caution comes in."

Lawmakers will vote later on Thursday on delaying Britain's EU departure beyond March 29.

However all 27 EU members must approve the extension. May is also pushing lawmakers to vote again next week on a deal they have twice rejected.

Sterling has swung wildly this week, trading between extremes of $1.2945 and $1.3380. It surged more than one percent against both the dollar and euro on Wednesday when parliament voted resoundingly against leaving without a transition deal.

It also reached a peak of 84.72 pence to the euro, approaching recent 22-month highs.

However, it later retreated as traders contemplated the array of possibilities that have opened up, including a second referendum or a general election.

Volatility could also stem from amendments lawmakers have filed before the vote; one seeks a second Brexit referendum while another aims to rule it out. If the former is passed, the pound could rally further, based on hopes that voters will reverse the results of the original 2016 referendum.

Options markets show implied sterling volatility - a gauge of expected swings in a currency - still elevated, with two-week vols jumping off one-week lows touched on Wednesday. Sterling vol is higher than G10 as well as many emerging currency peers.

"The best strategy for trading the pound now is to simply leave the currency alone, and to make sure one is hedged against all catalysts for big swings in either direction," he told clients.