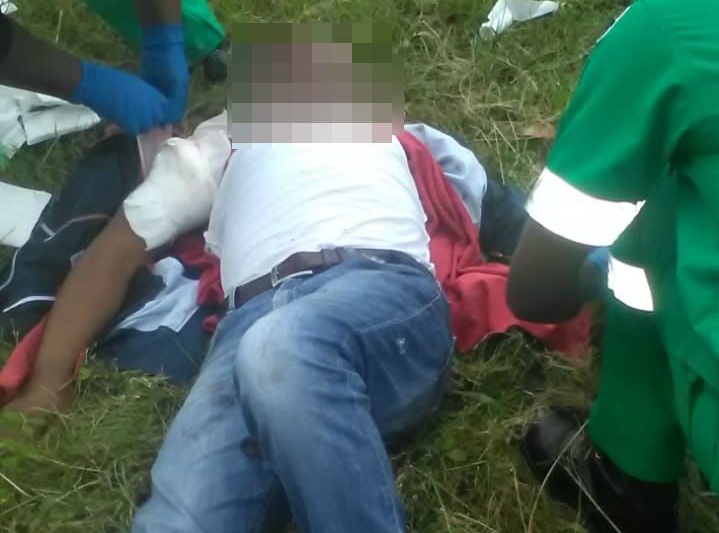 A taxi owner gets medical attention on site before being taken to hospital on April 5 2019.
Image: Supplied

A taxi owner is in hospital after he was shot in Durban on Friday.

Police spokesperson Lt-Col Thulani Zwane confirmed that the man had been treated on the scene by paramedics opposite the Mariannhill vehicle testing ground before being taken to hospital.

"The incident occurred this afternoon on Richmond Road in Mariannhill. The motive of the shooting is unknown at this stage and we are investigating to determine whether there was more than one suspect involved."

Zwane could not confirm whether the shooting was taxi-related.

A case of attempted murder has been opened.

Judgment to be heard this week
News
2 years ago

It was an eagle-eyed taxi driver who led police to a man carrying a large travel bag stuffed with an illegal leafy plant.
News
2 years ago
Next Article