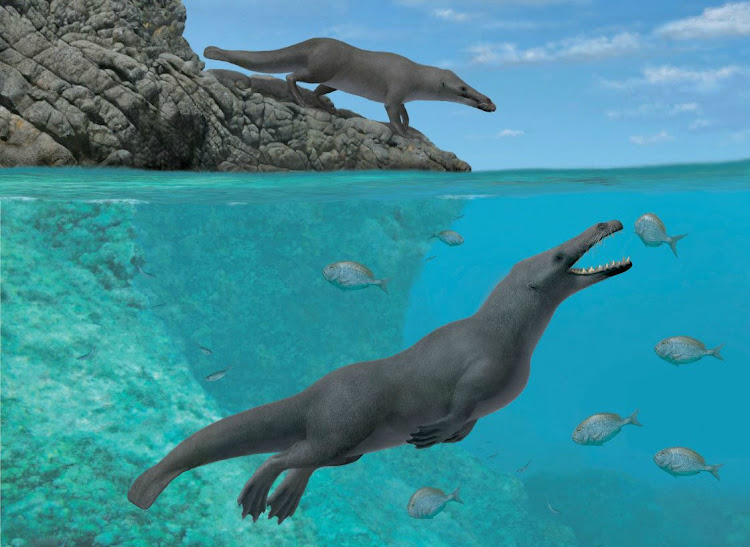 Washington —Paleontologists have found a well-preserved fossil of a four-legged amphibian ancestor of whales, a discovery that sheds new light on the mammals’ transition from land to the ocean.

The ancestors of whales and dolphins walked on Earth about 50-million years ago in the regions that now comprise India and Pakistan.

Paleontologists have previously found partial fossils of the species in North America that were 41.2-million years old, suggesting that by that time, the cetaceans had lost the ability to carry their own weight and walk on land.

The new specimen, described in a study published on Thursday in the journal Current Biology, is 42.6-million years old and provides fresh information on the evolution of cetaceans.

The fossil was found about 1km inland from Peru’s Pacific coast, at Playa Media Luna.

Its mandibles grazed the desert soil and during excavations, the researchers found the lower jaw, teeth, vertebrae, ribs, parts of front and back legs, and even the whale ancestor’s long fingers, which were likely webbed. 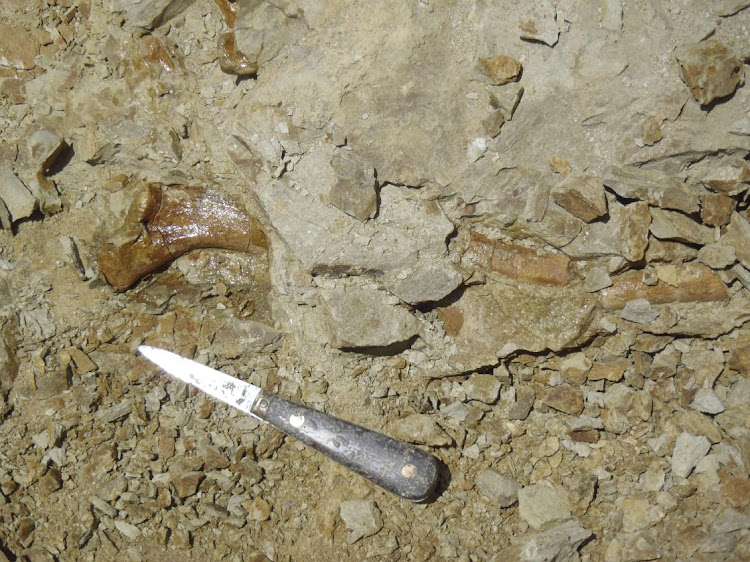 Researchers hypothesise that it likely crossed the Atlantic from the western coast of Africa to South America.

Based on its anatomy, the scientists say this cetacean of about 4m long could both walk and swim.

“Part of the tail’s vertebrae show similarities with that of present-day, semi-aquatic mammals like otters,” lead author Olivier Lambert of the Royal Belgian Institute of Natural Sciences told AFP.

“This would therefore have been an animal that would have started to make growing use of its tail to swim, which differentiates it from older cetaceans in India and Pakistan.”

Pieces of four-legged whales have been found in Egypt, Nigeria, Togo, Senegal and Western Sahara, but were so fragmented it was impossible to decisively conclude whether they could swim.

“This is the most complete specimen ever found for a four-legged whale outside of India and Pakistan,” said Lambert.

If the whale in Peru could swim like an otter, the researchers hypothesise that it likely crossed the Atlantic from the western coast of Africa to South America. As a result of contintental drift, the distance was half that of today, about 1,300km, and the east-west current of the time would have facilitated their travel.

This finding makes less likely another hypothesis according to which whales reached North America via Greenland.

The Pisco Basin, off Peru’s southern coast, likely holds numerous fossils, given its excellent conditions for preservation. Said Lambert, “We have work for at least the next 50 years.”