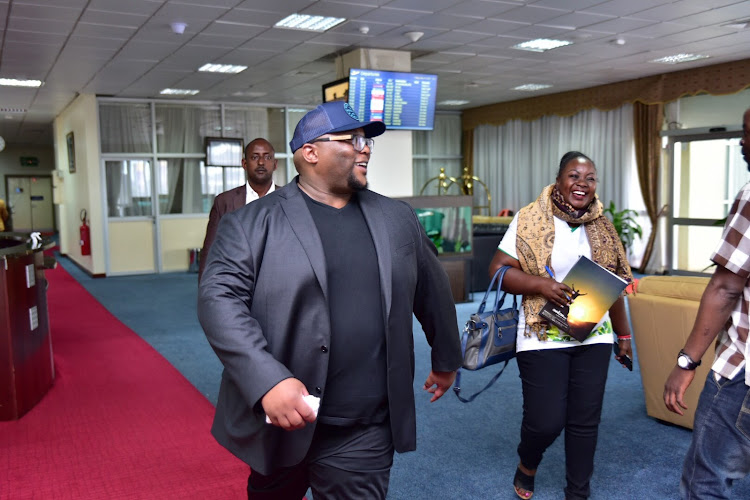 In a bid to clean up his image, President Cyril Ramaphosa's son and businessman Andile Ramaphosa has cut ties with a Chinese businessman implicated in state capture allegations.

In a media statement released on Monday, Andile said he has also hired a law firm "to asssist with the review process which will carry out due diligence investigations on all my previous and current business partnerships and to devise a risk management framework going forward to identify and eliminate unethical and potentially questionable relationships".

He cut ties with Jianbao Chen, chairman of a Chinese company Huarong Energy Africa, after the company was alleged to have given Eskom a R25bn loan without the power utility following due processes.

President Cyril Ramaphosa has maintained he did not lie to parliament and that the R500,000 donation from Bosasa boss Gavin Watson was paid to his ...
News
3 years ago

Andile said their relationship dates back to January last year when his Blue Crane Capital partnered with Chen, to form a company called Blue Tree International, noting that the partnership was formed with the purpose of acquiring a majority shareholding stake in Mercantile Bank, which was up for sale at the time. He, however, pulled out of the bid after careful consideration.

Ramaphosa added that if the bid for Mercantile Bank had been successful, the partnership would have resulted in him owning 13% of the bank, with Chen owning the majority 87%.

Chen, who leads a Hong Kong-listed company Sino Energy International, among other business enterprises, "was able to validate his financial muscle through the strength of his balance sheet – about R2bn was required to acquire Mercantile Bank".

"The introduction to Chen came through the China Export and Credit Insurance Corporation via our China office. We were able to verify Jianbao’s legitimacy as a businessman and to ascertain his financial capability.

"Furthermore, the pre-bid screening by Deutsche Bank, who were the mandated advisors to Mercantile Bank, did not raise any suspicious detail about Chen and his Huarong Energy Africa business, nor did law firm Edward Nathan Sonnenbergs, which was engaged to act on our behalf in the bid process pick up any concerns.”

The review process of his business operations comes after he admitted last week that Blue Crane has received R2m from the controversial facilities management group Bosasa, which gets a large chunk of its business from the government. Bosasa also paid R500,000 towards Cyril Ramaphosa's campaign to become ANC president in 2017.

Andile said the details of his withdrawal from the bid process are contained in a letter addressed to Chen on May 8 2018 in which he wrote: “As a result of our internal investment committee process, we have decided to suspend our interest in pursuing the Mercantile Bank acquisition. We would like to advise you that we will no longer participate in any Mercantile acquisition proposal due to the inherent risks for Blue Crane Capital.”

He added that the risk was the increase in the asset evaluation, which would have made it difficult for Blue Crane to raise enough capital to exercise future options, noting that the partnership, as well as that with AGO, made it necessary for Blue Crane Capital to review all its business relationships to eliminate risk and to maintain a clean reputation as a business.

President Cyril Ramaphosa has declined to tell MPs how much his son Andile made from business dealings with controversial government service provider ...
News
3 years ago

“We want to leave a legacy of uprightness and ethical business practices. That is why we have hired a legal team to assist us in this effort to develop a template of how to do risk management. We must set a precedent. This is important for me because, like every South African, I want to see corruption end. People accused or being investigated for corruption must face the law when found guilty. We want to see law and order prevail,” said the president's son.