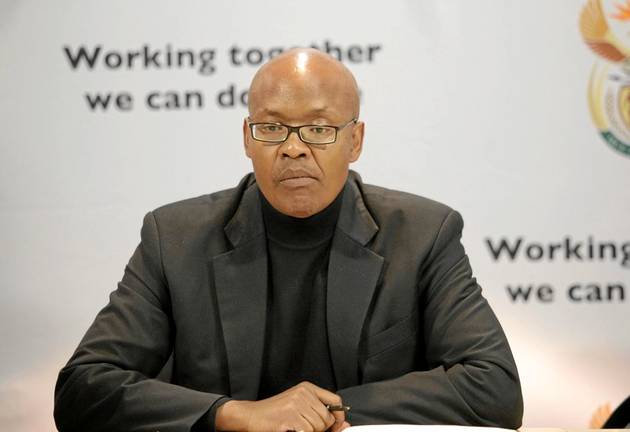 'It is very meaningful that the ATM can do better than the EFF and the UDM in the Eastern Cape,' says an analyst, after Mzwanele Manyi's ATM won 30% of the votes in a by-election on Wednesday.
Image: Peggy Nkomo

Mzwanele Manyi's African Transformation Movement (ATM) winning 30% in a municipal by-election in the Eastern Cape has the would-be MP grinning and others pondering.

The ATM won 30% of the votes in Nyandeni ward 21 on Wednesday.

The ward covers largely Ngqeleni and surrounding towns about 30km east of Mthatha.

A by-election is an election which happens in a municipality between general municipal elections every five years.

Be honest, even this showing must have got you gobsmacked.
NB! This area is a serious ANC stronghold. Imagine what ATM will do where it's not ANC stronghold. https://t.co/Yl68AjGxwy

Elections analyst Dawie Scholtz called the result "very, very, very interesting" and an "incredible number" for the ATM. The ANC got 65% of the vote, the EFF 3% and the UDM 2%.

"I haven't commented on ATM, because there is no data on them. But what's been going around on social media [unverified] has been impressive. And this result is very impressive. ATM could have a consequential impact on the election. They're not being polled. Could be a surprise," Scholtz said.

2/ I haven't commented on ATM, because no data on them. But what's been going around on social media (unverified) has been impressive. And this result is very impressive.

ATM could have a consequential impact on the election. They're not being polled. Could be a surprise.

"Local factors, which are only meaningful there, cannot be excluded and distort the national picture … The issues are just completely different and people's attitude is different," Venter said.

'There was something happening locally which was meaningful and worked in the ATM's favour. What it is, I don’t know."

Manyi's family grew up in the Eastern Cape, but he was born and bred in Meadowlands, Soweto. Venter believes his family ties might be the answer.

"It is very meaningful that the ATM, which is a very new political party with a Twitter account with low national exposure, can do better there than the EFF and the UDM. The UDM is an established political party in the Eastern Cape," Venter said.

"It’s clear the ANC has a huge challenge … They won with no problem, but the ATM winning 30% is meaningful."

Wits politics expert Susan Booysen agrees there might be a personal link, but also noted other possible factors which could hold the key.

"If he visited the area a couple of times, that could have swayed people. At local level, voters are more prone to showing their displeasure than at national level," Booysen said.

"Voters know if they still love the ANC in their hearts, it will bring the ANC to a fall nationally if they don’t vote for them. The big metros and coalitions that we see have started opening the way for people thinking that to see someone lose here or there for a while is not the end of the world and probably not permanent."

Booysen said of the by-election result: "This vote is better than a few hundred thousand rands worth of election campaigns, advertisements and posters."

It all started when Manyi, who left the ANC in January this year, took to Twitter to post a video of Mbalula at the Zondo commission last week and ...
News
3 years ago

Legend has it that journalists are in the trade because they can't count. It is not for the money, believe Vera even though she is not one of them.
Opinion
3 years ago
Next Article