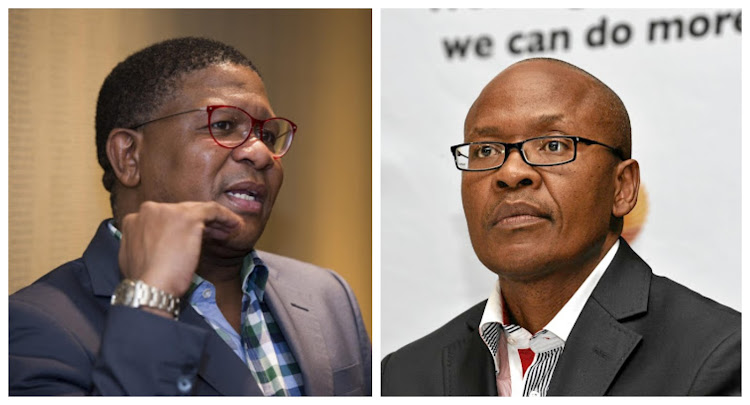 ATM leader Mzwanele Manyi and ANC elections head Fikile Mbalula had social media in a buzz on Wednesday morning when they traded blows in an explosive showdown on Twitter.

It all started when Manyi, who left the ANC in January, took to Twitter to post a video of Mbalula at the Zondo commission of inquiry into state capture last week and claimed that the evidence leader had been "weeding out" the politician's "lies".

Mbalula hit back at the post, labelling Manyi a "Gupta sl*t", after his business dealings with the controversial family.

Manyi responded by claiming that he only dealt with facts and not profanities, but Mbalula continued on the theme.

I deal ONLY with FACTS whilst you seem adept at spewing profanities. https://t.co/naPRxNXnC6

In all the facts you dealing with tell us about the guptas ? Nothing nothing Mzwanele u are a gupta slut . They pay your salary ithi NDIYAXOKA

Manyi later took to Twitter to crown Mbalula the "king of insults".