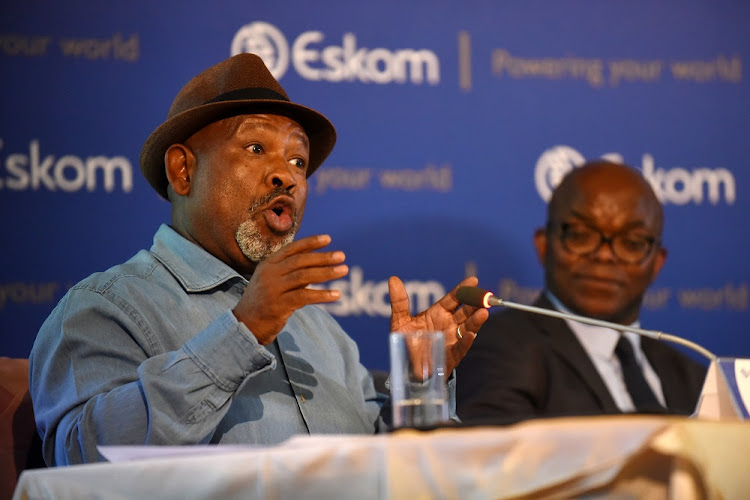 Only the streetwise can survive

Legend has it that journalists are in the trade because they can't count. It is not for the money, believe Vera even though she is not one of them.

How does she know, you ask? Well because now and again she goes out to lunch with editors at this fine establishment and the only thing they seem to afford is a Streetwise Two and a can of cola.

When two is greater than 48

But this is not about newspapermen. The reason Vera remembered the story about reporters and counting is because she read in some publication that "a record" 48 political parties will be contesting the upcoming national and provincial elections.

Vera has done her count and is convinced the number should be 50, the scribes forgot to mention two more: Eskom and whoever is issuing summonses for unpaid e-toll bills. Phela those two will decide if siyamthumauMcBuffallo or not.

In fact, the Desperate Alliance and Juju's AmaBeret should be paying Eskom and the e-Tolls guys for chasing voters away from Ramaphoria.

On the one hand Eskom is irritating voters with regular electricity blackouts, on the other the e-Tolls people are busy threatening to blacklist those who refuse to pay for a service that should have been free in the first place.

All of this with 45 days to go before the polls!

Speaking of the Prez, the poor guy must be privately thinking that maybe he would have been better off at one of his farms looking after his ridiculously expensive Ankole cattle or counting beggars at McD.

Just when Vera thought he is winning the polls with ease - what with Mmusi MyMoney of the Blue Wave not really connecting with voters and Juju seemingly not interested in campaigning outside his strongholds - the Prez gets himself stuck on a commuter train.

How embarrassing! You are out there telling people that they should vote your party back because of its delivery track record and the next thing you know the train, which your government owns and operates, stalls.

Vera wishes she was a fly on that train, just to hear what the frustrated commuters told the Prez.

But at least the McBuffalo is out there talking to real voters and trying to convince them that a vote for the Khongolose is a vote for him and not for Mosebenzi wa di-Gupta and Auntie Batha.

Some presidential candidates are not even bothering going out there but prefer being on social media posting pictures of church congregations and claiming them as secured voters for their party. *Side eyes Mzwanele Manyi and his ATM.

Curse of the king

Anyone remember how an AfriForum-loving monarch from a coastal province "cursed" the governing party and its government when he thought they were serious about taking communal land from him and giving it back to its rightful owners - the people?

The king, whose name Vera shall not say, told his warriors that his curse would result in people in Khongolose fighting each other and being divided to the point of splitting as they head to ekhethweni - the polls. Being urban and Western educated, Vera didn't take the threat of a curse seriously - dismissing it as rantings of an attention-seeking monarch.

But judging by the fact that hardly a week passes by without a senior ANC leader attacking another in public, perhaps it is time the Prez took an Ankole bull or two to be slaughtered at the palace as a form of begging for mercy.

Eskom CEO Phakamani Hadebe spoke to Radio 702's Clement Manyathela on Tuesday about what the power utility is doing to solve the current spate of ...
News
3 years ago

Eskom powerless over blackouts - fixers in the dark

Brace yourself for at least two more weeks of darkness as the government scrambles to find a solution to the country's energy crisis.
News
3 years ago

'Eskom is lying to us': Power cuts already near stage 5‚ warns energy expert

Despite assurances that Eskom is not planning to ramp up load-shedding‚ the embattled power utility was a hair's breath away from stage 5 blackouts ...
News
3 years ago
Next Article