Duduzane Zuma helped woman whose bone was sticking through her skin 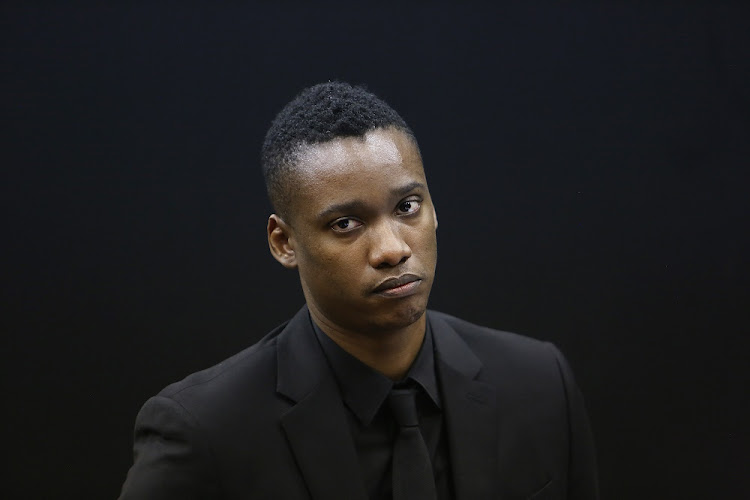 Taxi passenger Charlotte Ndlangisa stared into the blood-filled eyes of Phumzile Dube, who was seated next to her when they were rear-ended by a silver Porsche in Rivonia.

The luxury vehicle's driver was Duduzane Zuma, now standing trial in connection with the 30-year-old Dube's death in 2014.

Ndlangisa testified about the awful moments after the crash in the Randburg magistrate's court in Johannesburg on Wednesday.

The taxi did not spin, but almost tilted over, she said.

"I was sitting next to Phumzile. She was seated next to me. When the taxi came back up, I found myself on the window side and Phumzile was hanging outside [the window]."

"Her hair was filled full of blood. Her eyes also."

Zuma is facing one count of culpable homicide and one of negligent driving after crashing with a minibus taxi on the M1 on February 1 2014.

Ndlangisa testified she could remember little from the crash itself. She recalled the minibus taxi was hit on the right-hand side. She does not recall the taxi spinning, but told the court the taxi started tilting as if it was going to fall over before landing back on its tyres, facing oncoming traffic.

Ndlangisa broke her right hand in the crash and a bone protruded through her skin. Zuma helped her to his Porsche before paramedics arrived.

On Tuesday, another witness referred to Ndlangisa during testimony. Matron Noni Mdakane said Dube, who died on the spot, was hanging from the window with her eyes facing the side.

"A girl called out and said, 'Phumzile, don't do that'. I then approached the girl (Charlotte) and said 'lady, Phumzile is gone'. I asked her to close Phumzile's eyes, she said she was afraid to go next to her. I then said it's okay and closed Phumzile's eyes."

Mdakane had boarded the taxi with her friend Jeanette Mashaba. A charge related to Mashaba's death was dropped on Tuesday. Although she was injured in the crash, the state said her death in May was proven to be related to an unrelated illness.

Social media users have expressed shock that a case of culpable homicide has been withdrawn against former president Jacob Zuma’s son, Duduzane.
News
2 years ago
Next Article