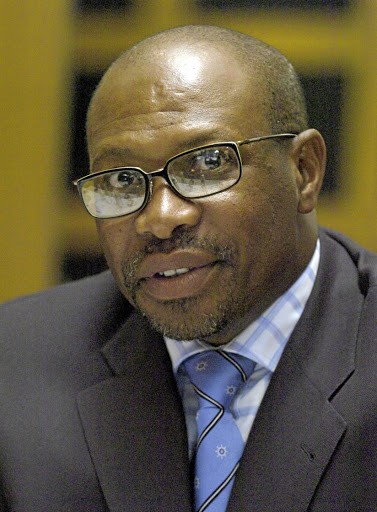 Former prosecutions head Bulelani Ngcuka announced in 2003 that while there was a prima facie case of corruption against then deputy president Jacob Zuma, he would not be prosecuted.
Image: Tyrone Arthur

Ngcuka shed more light on his decision not to prosecute Zuma in an affidavit submitted to court this week as part of the NPA's opposition to an application by the former president for a permanent stay of prosecution on charges of corruption, racketeering and fraud.

Business Day reported on Wednesday that in the affidavit, Ngcuka said he had pushed for Zuma to be charged after the 2007 conference. At the time he believed doing so earlier would "worsen the already tense political climate" in the country and "even lead to political violence".

Ngcuka announced, controversially, at a hastily convened media briefing in Pretoria in 2003, that while there was a prima facie case of corruption against the then deputy president, he would not be prosecuted.

"The investigating team recommended that we institute a criminal prosecution against deputy president Zuma. After careful consideration in which we looked at the evidence and the facts dispassionately, we have concluded that, while there is a prima facie case of corruption against the deputy president, our prospects of success are not strong enough," he said at the time.

"That means we are not sure we have a winnable case."

Zuma's then financial adviser Schabir Shaik was, however, prosecuted and later only served a fraction of his 15-year sentence after being released on medical parole.

Ngcuka, in his affidavit this week, also mentioned the controversial "spy tapes" – intercepted conversations between him and then Scorpions boss Leonard McCarthy. The discussions took place shortly before the ANC's Polokwane conference. Ngcuka maintains there was nothing untoward about the discussions.

The National Prosecuting Authority (NPA) has explained why its former head Bulelani Ngcuka did not charge Jacob Zuma along with his financial adviser ...
News
3 years ago

Charges against Zuma were withdrawn by former acting national director of public prosecutions Mokotedi Mpshe after the emergence of the spy tapes.

Ngcuka said in his affidavit that he told McCarthy it would be wrong to charge Zuma on the eve of the conference. "I believed it would have given rise to the perception that the NPA was trying to prevent Mr Zuma from being elected as the president of the ANC, which in turn would undermine the public's confidence in the NPA," reported Business Day.

Ngcuka conceded in his affidavit that he had supported former president Thabo Mbeki, but denied that the case was a bid to neutralise Zuma politically.

Zuma has claimed that his prosecution for corruption was defined by political manipulation, undue delay and "blatant prosecutorial bias".

TimesLIVE reported in late 2018 that the case against Zuma stemmed from events that played out from 1997, when French arms company Thompson-CSF, now known as Thales, secured a R2.6bn contract to provide four navy frigates to SA as part of a multibillion-rand arms deal.

As corruption rumours grew, the state alleged that Thales had agreed in 2002 to pay R500,000 to Zuma, then the country's deputy president, for his "political protection" in any investigation – a deal allegedly brokered by Shaik.

In return for these payments, the state claims, Zuma abused his formal position as MEC and as deputy president of the ANC to do unlawful favours for Shaik and Nkobi Holdings.