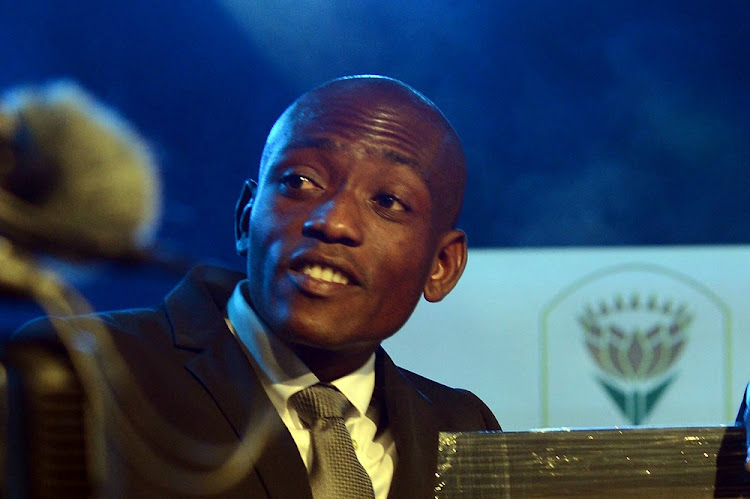 The net is closing in on Mamelodi's most feared taxi boss, Vusi "Khekhe" Mathibela, with his most trusted lieutenant and four bodyguards behind bars.

A total of six people associated with Mathibela, 33, yesterday appeared in two different courts on charges of extortion, intimidation and being in possession of firearm.

Police minister Bheki Cele said over the weekend that police only found Mathibela's "warm shoes" when they went to arrest him at his home but promised that he, too, would be nabbed soon.

Cele spoke at the funeral of slain actor Sibusiso Khwinana on Saturday.

"Mathibela's spokesperson went around and told newspapers that I am electioneering and that nothing would happen to Mathibela. We've arrested Skhosana; Mathibela's day is also coming," Cele said.

"At the moment we cannot say why he is being sought after, but the police have enough evidence against him to want to question him."

Bheki Cele dropped a bombshell when he announced that the police were looking for notorious Mamelodi taxi boss Vusi “Khekhe” Mathibela.
News
3 years ago

Serero added: "The police were looking for him (Mathibela) at an address known to them and couldn't find him."

The pair seemed unfazed as they stood in the dock, as heavily armed police officers could be seen in the courtroom.

The two, believed to be a part of Mathibela's inner network, appeared briefly before the matter was postponed to Friday.

Monageng smiled and waved at those inside court, while Skhosana kept a straight face. The state requested that the matter be postponed, but Skhosana's lawyer, Solomon Mkhabela, argued against the postponement and said that his client was arrested 100 metres from his house.

"The state is simply abusing our clients. It cannot make an application to have the matter postponed because it needs to verify my client's address but they arrested him in close proximity to his house," Mkhabela said.

Police minister Bheki Cele has vowed to bring an end to a Mamelodi controversial taxi boss' reign of terror.
News
3 years ago

He further argued that it did not take long for an accused's profile to be concluded and that this was a fourth violation of his rights.

"It takes less than 30 minutes to check a profile. I know this from personal experience," Mkhabela said.

Magistrate Marley Mokoena postponed the matter for further investigation and a bail application.

Meanwhile, four other men believed to be Mathibela's bodyguards, were arrested in Midrand and appeared in the Alexandra Magistrate Court where they were charged with illegal possession of firearms and ammunition.

Sowetan lifted the lid on Mathibela's alleged extortion ring in Mamelodi, which forces local entrepreneurs, spaza shop owners and taxi owners to pay him protection fees. Among his alleged victims are taxi owners, who apparently have to pay him R200 a week, per minibus.