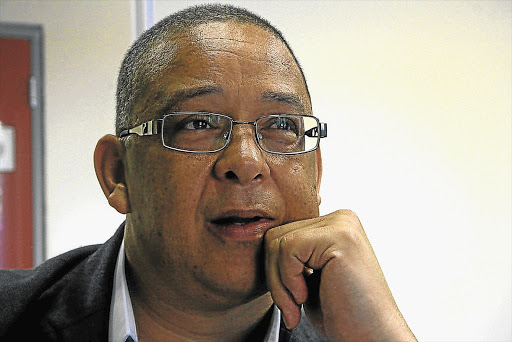 The Umkhonto weSizwe (MK) national council in Gauteng has described the decision by  parliament's portfolio committee on police to vote against the renewal of Independent Police Investigative Directorate (Ipid) head Robert McBride’s contract as reckless and ill-considered.

In a statement issued on Sunday, the MK council said it would approach the ANC to review the decision - which they believed was an "administrative injustice" meant to protect those who were threatened by McBride's independence.

This comes after the committee this week endorsed the decision by police minister Bheki Cele not to renew McBride’s contract as executive director of the Ipid.

The MK council said McBride had performed his duties without fear, favour or prejudice, and thus it did not make sense that he was being denied a fresh mandate.

"Given that the majority of the ANC members sitting on that committee are the ones who voted in favour of this administrative injustice, the MK national council will approach the leadership of the ANC with a view to persuade them to reconsider this matter so as they ensure that its majority in parliament vote against this absurdity," said the council’s Gauteng spokesman, Archie Mogodiri.

"The MK national council is of the considered view that anything else that 'fit for purpose' test was applied in the case of Cde Robert McBride as the minister [Cele] has dismally failed to advance cogent and convincing reasons why he is of the view that the incumbent executive director's contract should not be renewed.

"It is high time that the ANC walks the talk, and the case of Cde McBride provides them with a perfect opportunity to demonstrate their commitment to the new dawn of promotion of the rule of law and preservation of the independence of institutions of democracy like the Ipid and office of the public protector."

According to the MK council, Cele's recommendation, which was endorsed by the committee, was "irrational and irresponsible" and unlawful.