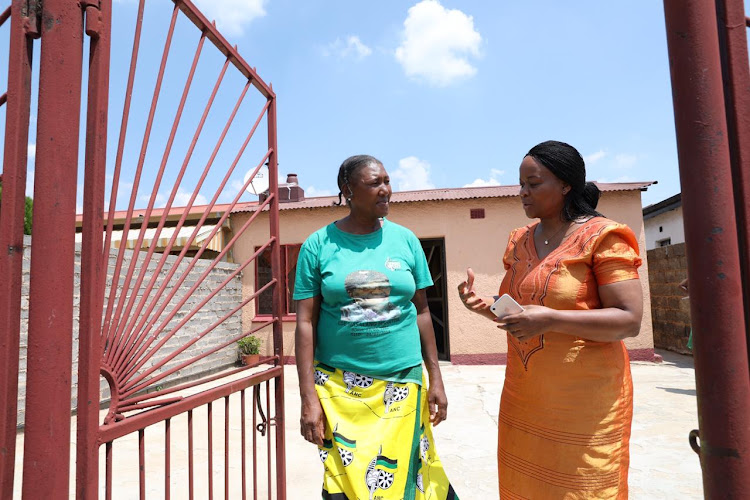 The family of one of the five previously unaccounted-for Life Esidimeni mentally ill patients who were recently located by the Gauteng health department say they do not want to admit their loved one to any facility.

"We don't trust any facility now. It is better to just look after her here at home," said Lindi Juqu, aunt to Xoliswa Juqu, who was recently located by the department of health.

Health MEC Gwen Ramakgopa said Xoliswa could not be located because her surname was spelled incorrectly in their records.

"The surname was spelled incorrectly, that is why home affairs took long to locate her," said Ramakgopa, speaking outside Xoliswa's home in Soweto on Sunday.

Ramokgopa said one patient was in Soweto, others in Weskoppies, Zuurbekom and Ekurhuleni.
News
3 years ago

Xoliswa was admitted at Life Esidimeni in 2015. She was discharged and admitted at Chris Hani Baragwanath hospital in 2017. She was released to her family in June 2018.

"She is doing well here at home. She takes her medication," Lindi said.

Lindi is also looking after Xoliswa's mother, who is also mentally ill.

"She [Xoliswa] was not well when she came back. She didn't make sense when she spoke and she was cheeky," Lindi said.

She said they were grateful that Xoliswa had come back home alive following the deaths of 144 psychiatric patients, who died after 1,711 mentally ill people were moved from Life Esidimeni homes into ill-equipped and underfunded NGOs in Gauteng in 2016.

"We were very happy to see her alive. I feel so sad for those who lost their loved ones," Lindi lamented.

According to the health department, there are still 16 patients who have not been located.