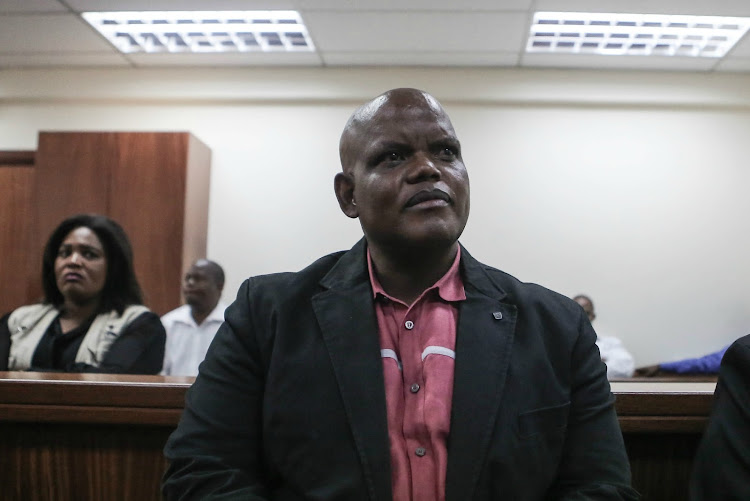 In a scathing attack on the Independent Police Investigative Directorate (Ipid), former acting police commissioner Khomotso Phahlane said his arrest was a set up.

Phahlane also questioned the timing of his arrest, which came a day after former Ipid boss Robert McBride's contract was not renewed.

He and the police's supply management head, Ravichandran Pillay, appeared in the Johannesburg Specialised Commercial Crimes Court on Friday on charges of fraud. They were granted R20,000 bail each.

They face charges of fraud‚ forgery and uttering.

During his bail application, Phahlane lashed out at Ipid and the way it handled the case against him, and for sensationalising his arrest.

"The timing of bringing me to court on the 1st of March ... merely one day after parliament refused to appoint Mr Robert McBride for a further term of office ... is suspicious," Phahlane said in his affidavit read out in court.

"The matter reeks of ulterior motives and an attempt at point scoring by McBride and Ipid as well as their cohorts frantically trying to bolster his efforts to be reappointed as chief executive officer by building his image as crusader in chief against corruption while he personally had been tainted by numerous parties of being corrupt himself," the affidavit reads.

He described his arrest as a "malicious process".

Phahlane accused McBride and forensic investigator Paul O'Sullivan of waging an  "onslaught" on him.

Phahlane's lawyer, Piet du Plessis, told the court that Phahlane had received an e-mail from O'Sullivan at 7.05am on Friday, just a few hours before he appeared in court.

In the e-mail, which our sister sister publication TimesLIVE has seen, O'Sullivan tells Phahlane that "you will rue the day you chose to send dirty cops on me".

"Prison will be your reward and your dishonest paid liars will not be there to help you," the e-mail reads.

Du Plessis also accused Ipid of putting up a show by issuing a warrant of arrest against his client.

"This is a set up. Why is the accused brought to court in this manner with a large contingent of press people?" he said. "If the state was serious with the process they are following, why are they not treating the accused the same as other people?" Du Plessis said.

He said Ipid's decision of not summoning Phahlane was irrational.

Phahlane and Pillay said they would plead not guilty.

"I deny any involvement in any crime of any nature," Phahlane said in his affidavit.

"It has nothing to do with McBride looking good. We applied for warrants of arrest and based on the evidence ... it was decided that they should be brought to court. Their allegations are baseless," Dlamini said.

Dlamini denied any motive behind the timing of the arrests.