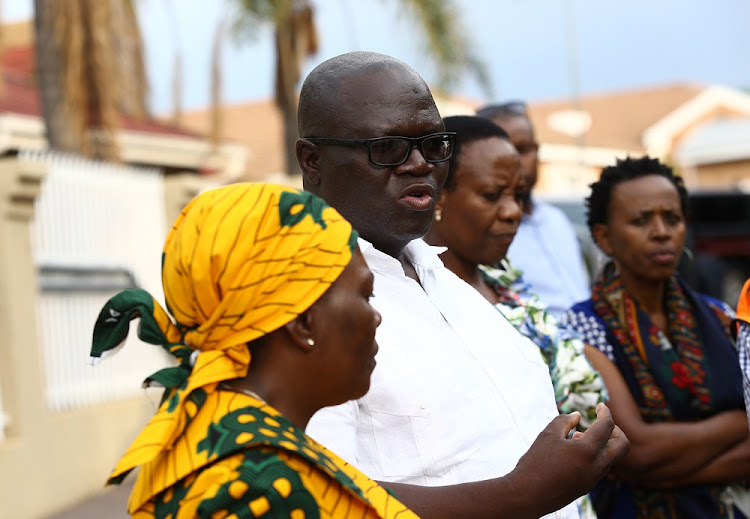 Days after the formation of a hashtag calling for justice for Thoriso Themane, who lost his life after allegedly being beaten by a group of school pupils in Flora Park, Polokwane, it is unclear whether those implicated will be expelled.

Themane was attacked on Saturday night. He died in hospital on Sunday morning.

Speaking to TimesLIVE at the Themane family home, MEC for Education in the province Ishmael Kgetjepe said: “It’s a matter we’re investigating as the department… This matter, legally, is within the preview of the school governing body… but what we have been doing for now is to look, together with the school governing body, at what recourse they have should we have to take that decision… We will have to do it in consultation with the police,” he said.

The MEC for Transport and Community Safety, Makoma Makhurupetje, called for calm and requested joint intervention from parents, police and community members amid angry outbursts on social media platforms by members of the public.

“We’ve assured the family and community of Flora Park that we are not going to allow any kind of vigilantism that can happen, nor any criminal element. Our police will leave no stone unturned until the law has taken its full course,” said Makharupetje.

Community members, family and officials came in numbers to pay their respects and honour Themane at his home on Wednesday afternoon.

Family friend and spokesperson Lesiba Matlala described him as a lover of music and “a humble, God-fearing” person.

“He was such a cool boy. I have known him since an early age. He’s always loved music and was very committed to God. Even at the churches around, he was helpful,” said Matlala.

The family was disturbed that school pupils were believed to be behind his death.

“This is devastating because these kids should be focusing on important things like their studies… This goes to show our kids do not have a future and something needs to be done,” Matlala told SowetanLIVE's sister publication  TimesLIVE.

Five suspects implicated in the killing, which was captured on video, were arrested and are expected to appear in court on Thursday.

At least 10 people were suspected of being involved in the assault on Themane.

Ngoepe said the motive was unknown, but he could not rule out the possibility of gangsterism.