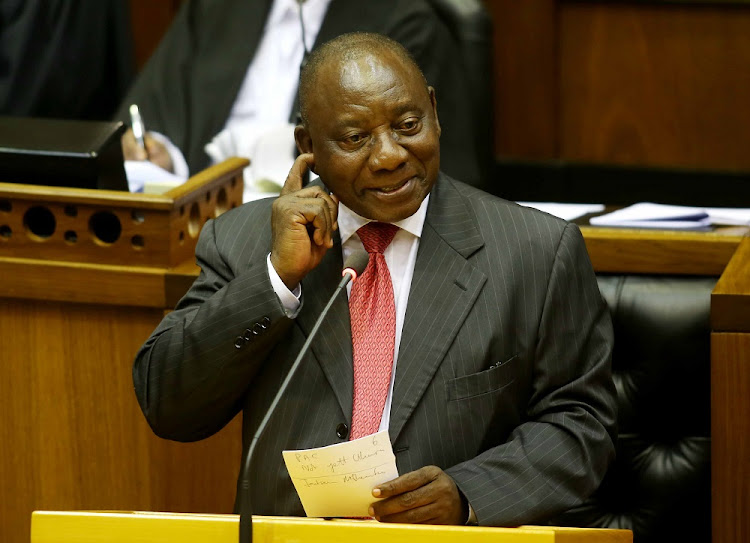 Threats that the state of the nation address would be disrupted turned out to be empty, as President Cyril Ramaphosa charmed the opposition immediately after taking the podium on Thursday.

Ramaphosa had the house in stitches when he told of a chance meeting he had with EFF leader Julius Malema on Wednesday, where he claimed the pair agreed that he would sing the "Thuma Mina" song only if Malema became state president.

Even Malema was seen chuckling while the president was speaking.

Ramaphosa later said he had met DA leader Mmusi Maimane, and would rope him into forming a "band" who would sing the song should Malema become his successor.

Malema had threatened to ask Ramaphosa to come clean about his son's business deals with the controversial Bosasa group of companies - and would disrupt the event if he didn't address the topic.

This comes as the opposition has accused Ramaphosa of misleading parliament when he told the house that a R500,000 payment by Bosasa to a trust account was part of a contract his son had with the controversial company.

He later withdrew the response after he was informed that the money was a donation to his ANC presidential campaign.

‘If you become president, I’ll sing for you’: President Cyril Ramaphosa opens his state of the nation address 2019 by sharing a ‘disclaimer’ with EFF leader Julius Malema.

He also said Ramaphosa must act against ANC members implicated in Bosasa's network of corruption.
News
3 years ago

As the country geared up for the State of the Nation Address (SONA) to be delivered by President Cyril Ramaphosa, Black First Land First (BLF) made a ...
News
3 years ago

IN PICTURES | The glitz and glam from the #Sona2019 red carpet

Ministers, members of parliament, and guests strutted their stuff on the red carpet ahead of the 2019 state of the nation address on Thursday evening.
News
3 years ago
Next Article