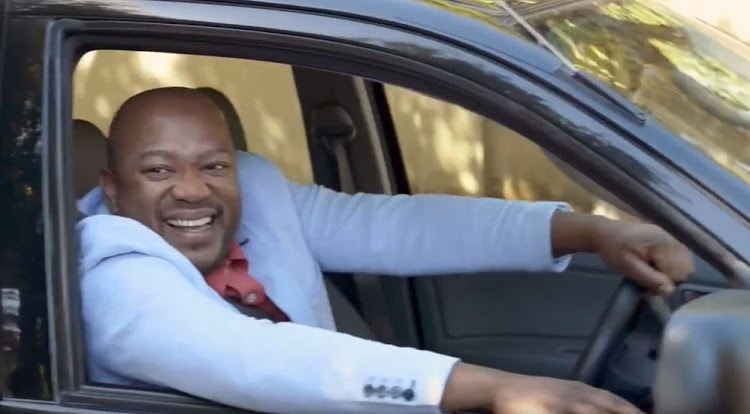 The jealous black neighbour in kulula.com's 'Don't be a travel hater' ad, shortly before he drives over a white couple's luggage.
Image: Image: YouTube

A TV ad in which a black neighbour drives over a white couple's luggage is just a good laugh‚ the ad watchdog has ruled.

Bonita Ngwenya complained to the Advertising Regulatory Board that kulula.com’s ad‚ part of the airline’s “Don’t be a travel hater” campaign‚ “incites division along racial lines”.

She also objected to the “criminal” behaviour portrayed in the ad‚ first flighted a year ago and since mothballed‚ and said the aggression it depicted was “unacceptable for sensitive viewers”.

Ngwenya asked the board to slap an age restriction and a violence warning on the ad.

But the directorate said even a child would understand the ad’s script‚ in which the white couple incite their neighbour’s jealousy by describing their forthcoming holiday‚ was meant to be humorous.

Kulula.com said: “The fact that the travellers are white and the ‘travel hater’ is black is completely incidental and has no relevance whatsoever to the storyline or message of the advertisement.”

In its finding‚ the directorate said all the ads in the “travel hater” series involved an act of sabotage being performed on a would-be holidaymaker.

“The campaign as a whole‚ and the specific execution in particular‚ are clearly over the top and humorous‚” it said.

“It is patently clear that the trigger for [the neighbour’s] action is that he is jealous of [the couple’s] holiday and irritated by their bragging — and not any racial issue.”