Sundowns hope the real Anthony Laffor stands up against Wydad 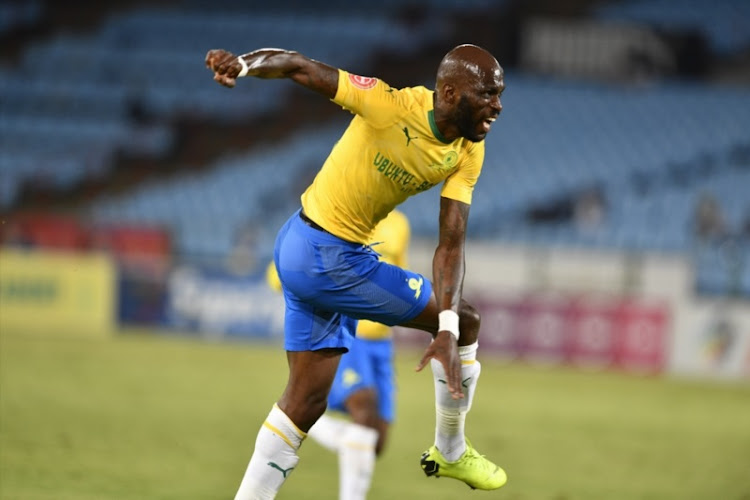 The enigma that is Anthony Laffor has made the Liberian one of the great entertainers of South African football for 12 years now.

His ability to show up for the big games with spectacular goals and performances‚ and drift out of the smaller ones disinterested‚ has been a source of frustration for Mamelodi Sundowns coach Pitso Mosimane.

The coach will be hoping that the real Anthony Laffor please stands up when Downs face Wydad Casablanca in arguably their most important fixture of the 2018-19 Caf Champions League group stage at Lucas Moripe Stadium on Saturday night (kickoff 9pm).

This past fortnight has seen Laffor’s Mr Jekyll and Mr Hyde both grace the field.

Making a first appearance of 2018-19 from a knee injury against Kaizer Chiefs Laffor scored a beautiful goal. Starting a run from right midfield two minutes from the start‚ Laffor took a return pass from Lebohang Maboe into the area‚ dragged the ball past wrong-footed Willard Katsande instead of shooting‚ then beat goalkeeper Virgil Vries.

He scored another in his next game as Downs lost 2-1 against Lobi Stars in Nigeria in their Champions League Group A opener.

Sundowns midfielder Anthony Laffor has urged fans of the club to be patient with struggling overseas imports Jose Ali Meza and Toni Silva.
Sport
2 years ago

Following a 1-0 league win against Maritzburg United in midweek Laffor was singled out by Mosimane for some wrong decisions made.

He had looked hungry with his work rate to play for his place in the return against Chiefs.

“I’ve always been hungry to play. As you guys [the media] recall‚ since I came to South Africa I always wanted to play football‚” Laffor said this week.

“It’s just that sometimes things are not going your way. You just need to keep your feet on the ground‚ be focused and support the guys who are playing.

“The goal against Chiefs was beautiful. Now I’ve put that behind me. I think the goal I scored in Nigeria is the only one I’m thinking about.

“We need to work hard as a team. Sundowns is bigger than me. If I score it’s fine‚ but of course Sundowns comes first.”

Sundowns are used to the travel and crammed schedules brought on by pushing for continental success.

This season – their fifth without a true off-season – is worse than usual. The Confederation of African Football’s sensible switch to a northern hemisphere calendar means that after playing four matches this season already of the 2018 Champions League‚ where Downs went out in the group stage‚ now they are into a second group phase in a single campaign.

The only surprise in this lively Caf Champions League tie was that the score only ended at 4-0 for Mamelodi Sundowns.
Sport
2 years ago

“It’s going to be crazy. But we are prepared for that and we’ve got a big squad‚” Laffor said.

“Everybody wants to play and work for the team. We just pray that things go well for us in the Champions League and also in the league and Nedbank Cup.

“But we are Sundowns‚ and we’ll see what happens. Most of the teams are resting this Saturday‚ and we are going to play football. That’s our job and we like it.”

Wydad have been the biggest single stumbling block to Sundowns in their quest to recapture their 2016 Champions League title.

The Moroccan giants‚ eventual champions that year‚ eliminated Downs on penalties in the 2017 quarterfinals‚ after both teams won 1-0 at home.

In 2018 Wydad snuck a 1-1 draw in Pretoria in the group phase opener that put Sundowns on the back foot‚ then beat them 1-0 in Morocco.

After conceding a lead to lose against Lobi‚ Sundowns‚ desperate to avoid a repeat of last year where they could not win their first three group matches‚ will want to end the Wydad curse on Saturday night.