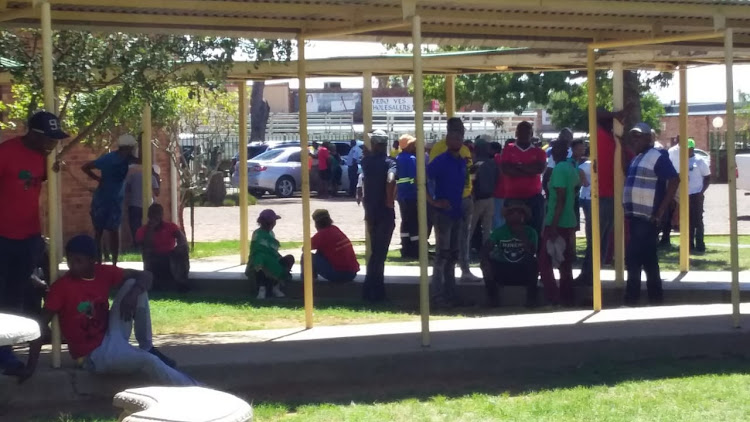 North West education MEC Sello Lehari confirmed on Thursday morning that a teacher at the centre of the learner separation controversy at the Laerskool Schweizer-Reneke has been placed on suspension. Lehari said the teacher from the classroom where the children were separated was suspended with immediate effect while the investigations were ongoing.

His visit to the school followed an uproar caused by an image of grade R learners who were separated by race on their first day of school. This morning, parents of both white and black pupils as well as political party members gathered outside the school.

A group of parents of white pupils drove over the school fence with their bakkies and took away their children, saying they were rescuing them from angry protesters.

Speaking to SowetanLIVE, some of the white parents said black parents who are not happy about how the school operates, must take their children to township schools.

“If you are not happy here, take your child to another school, nobody is forcing you. Now they want to make this as if it is racism, everyone just wants to make white people racists. We are not racists, we just want what is best for our children,” said one parent. 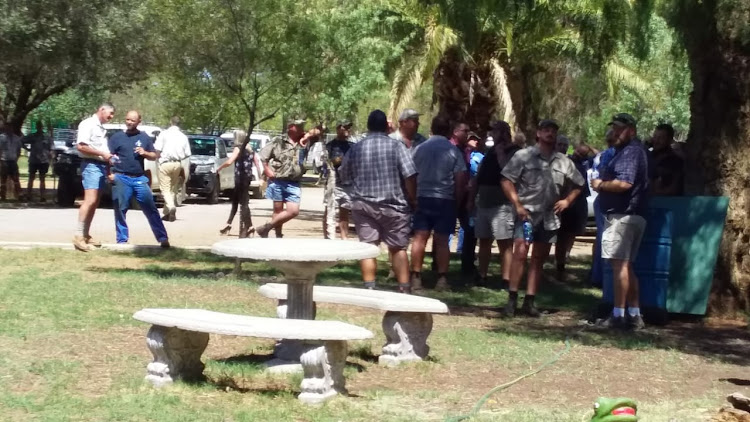 They said Schweizer Reneke has one white-dominated primary school and plenty of black-dominated schools.

There are over 10 schools in the township. If they are not happy, let them take their children there,” said another parent.

Other residents said they have been complaining about racism at Laerskool Schweizer-Reneke but nothing changed.

Kabelo Zondo said: “In 2008, we protested at this school because we wanted this [racism] to end as this is also a government school.”

He said at the time, black and white children were not sharing a classroom, noting that little has since changed. “Now they combine all the children, but still white children sit at a separate row or tables and black children sit on their own. That is also racism,” said Zondo.

Tshepo Mmusi said the situation was so bad that when there was a school trip black and white pupils were transported in different buses, adding that the school also has two lunch breaks for blank and white pupils.