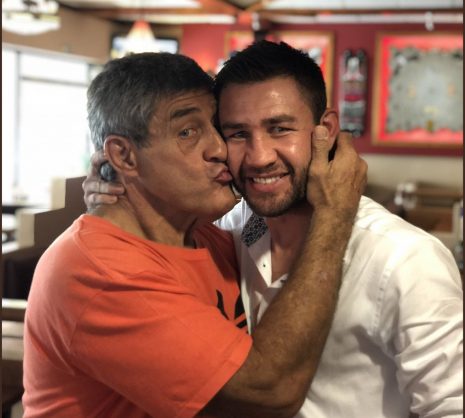 The case of a security guard who allegedly shot Daniel van Heerden during a heated roadside altercation has been postponed until Wednesday so that he can apply for bail.

The man made a brief appearance in the Vereeniging Magistrate’s Court on Monday.

A petition has been created for those who do not want the accused to get bail.

The incident in question was captured on video and showed Van Heerden, 61, the father of boxer Chris van Heerden, accosting a security guard working for the Red Ants in Meyerton near Vereeniging on December 27.

The two exchanged words and Van Heerden took the keys to the security guard's vehicle.

During the altercation, the security guard shot at Van Heerden.

The guard was arrested by the De Deur police and has been in custody ever since.

Van Heerden's son, Chris, has taken to twitter to mourn the death of his father.

"It is not ok to shoot another man or take another man's life," he said.

How bazaar is this. I think that we just witnessed a murder. Reposted as received . MEYERTON. - "All that will stop me...

All Life matters
My dad was shot and killed because another man was Comfortable doing so.
Why????
Because its politically Motivated
PLEASE RETWEET THIS
Help me please
R.I.P Daddy pic.twitter.com/SwPngGd6uK