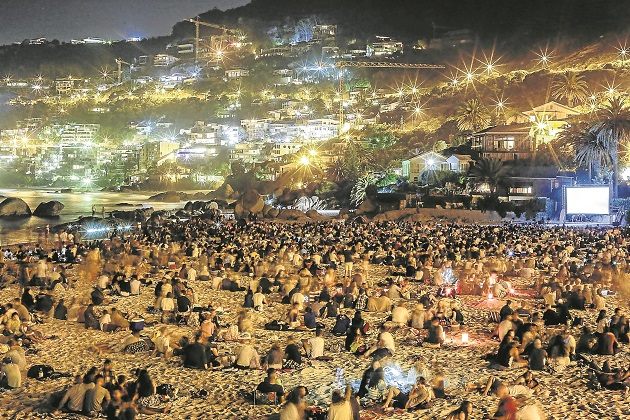 Evening visitors to Clifton's Fourth Beach during the Wavescape film festival. Beachgoers are annoyed by the activities of a security company on the beach and have called for mass demonstrations.
Image: Adrian de Kock

The beach will be full of life for residents of the upmarket Cape Town suburb of Clifton at the weekend as #ReclaimClifton organisers hope to fill Fourth Beach with protesters.

Prominent #FeesMustFall leaders have entered the fray after it emerged that a private security company, Professional Protection Alternatives (PPA), ordered people to leave the beach on Sunday.

Beachgoers called a local radio station as far back as last Thursday complaining about the activities of PPA on the beach.

The city of Cape Town has distanced itself from the security company, as has the Camps Bay and Clifton Ratepayers' Association.

On Thursday, one of the organisers of #ReclaimClifton, Phumzile Jack, said they expected more than 1.000 protesters to gather at Fourth Beach at 6pm on Friday.

Nike has issued a response following a backlash to the video of Adam Catzavelos using the k-word.
News
3 years ago

There is no rest for racist Adam Catzavelos who bragged about a beach in Greece having no K***r in sight during his holiday in Europe.
News
3 years ago

He said the security company had been hired by racists who did not want to share the beach with black people. However, there are indications that beachgoers of all races were kicked off the beach.

"There are black people who own property in the area who say they have also experienced racism even though they own multimillion-rand homes," said Jack. "A lot of people have responded to our call." 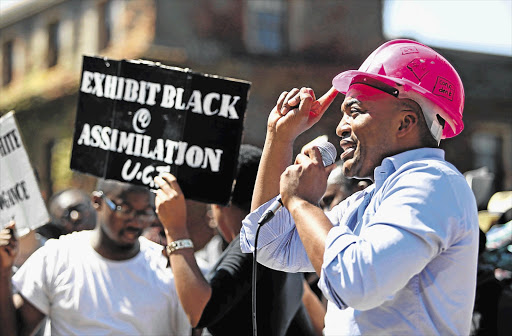 #FeesMustFall protester Chumani Maxwele, who was instrumental in the removal of Cecil Rhodes' stature at the University of Cape Town, is one of the organisers of #ReclaimClifton.
Image: WILLEM LAW

Co-organiser and  #FeesMustFall activist Chumani Maxwele said he was one of the beachgoers who were driven off the beach on Sunday. He said wealthy homeowners thought they were entitled to the beach.

"We were here that evening," said Maxwele. "We know white people are offended by black people on the beach. If you visit the First to the Fourth beaches you will find that the beaches are personalised. The discrimination of black people in these areas is so deep."

Activist Fatima Shabodien, who has been vocal about the matter on social media, said she would support Friday's protest and had organised another for Saturday evening.

Shabodien was one of the beachgoers who questioned the security company’s authority when they were told the beach closes at 8pm.

"We understand that there is action planned for Gordon’s Bay as well," she said. "This thing is widespread. We will support our comrades from #FeesMustFall, they are not the enemy. We are clear on who the enemy is." 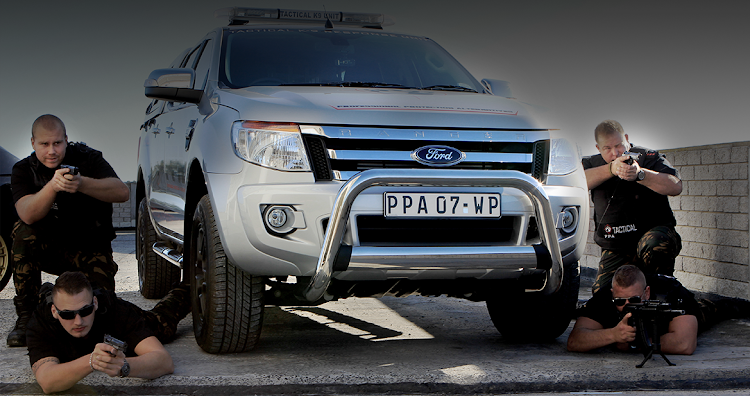 PPA guards show off their moves on the company website.
Image: ppa247.co.za

"Information at the disposal of the SAPS suggests there was an attempt to sexually violate a 15-year-old girl. However, that was prevented by a group of beachgoers who subsequently reported the incident to police," she said.

"The victim and her family refused to open a case against the suspect, who is known to them.

"It is on this basis the SAPS refutes allegations that the security company was asked to intervene following two rape incidents. Reports of unruly behaviour by beachgoers are also disputed."

KwaZulu-Natal estate agent Penny Sparrow appeared in the Scottburgh Magistrate’s Court on the south coast on Monday. At the start of proceedings‚ the ...
News
5 years ago

The city council also distanced itself from PPA. Executive director for safety and security Richard Bosman said: "We note the statement issued by the company in question, PPA, indicating that they were operating on the authority of the city of Cape Town. The statement is inaccurate."

Bosman said the city had no contract with PPA and had never given the company any authority to enforce its by-laws. He said complaints about the security company’s conduct should be directed to the Private Security Industry Regulatory Authority.

"Any person who feels that they have been threatened or intimidated by PPA staff on the day in question, or any other time, can lay a charge with the police," said Bosman.