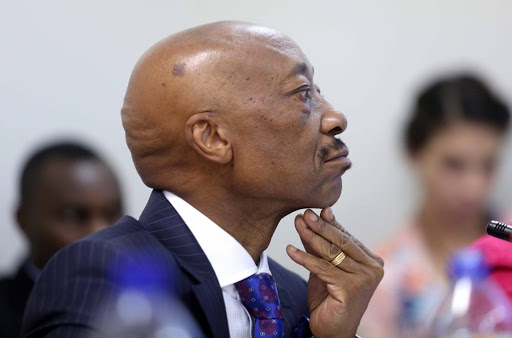 Ousted Sars boss Tom Moyane is still fighting to get his job back.
Image: Esa Alexander

Former Sars boss Tom Moyane is not giving up in the marathon battle to get his job back.

On Thursday, Moyane filed court papers to go back to the Constitutional Court after he was dismissed in November from having direct access to the court to raise his unhappiness with processes against him.

The application for leave to appeal was against a recent high court judgement — that dismissed his attempts unceremoniously — in which he had sought to have his dismissal overturned to stop President Cyril Ramaphosa from appointing a permanent replacement and prevent retired judge Robert Nugent from releasing a final report on the state of the tax agency.

The judgement by judge Hans Fabricius opened up the way for Ramaphosa to appoint a new commissioner, which was said to be imminent. Moyane has now asked the court to directly hear the appeal application, instead of appealing first to a full bench in the high court and, after that, to petition the Supreme Court of Appeal (SCA).

Tom Moyane heads back to the Constitutional Court
Next Article