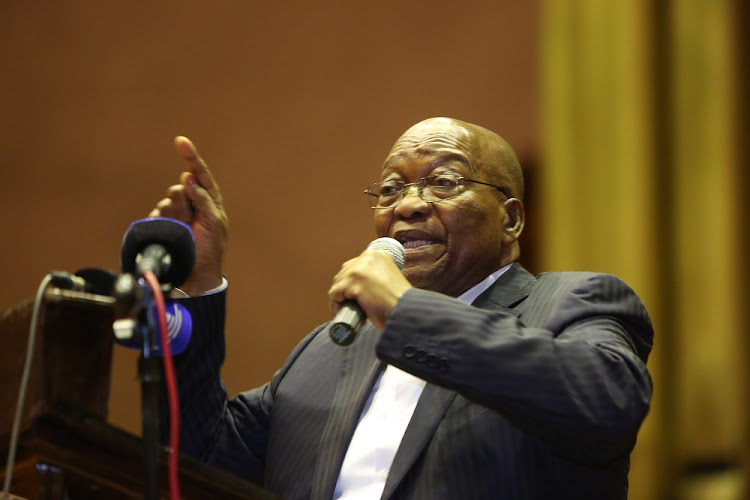 He made the remark in a television interview with journalist Steve Motale which was broadcast on the Africa News 24-7 channel on Sunday.

This comes after the former president signed up to Twitter‚ and shared a video confirming it was really him‚ not a fake account‚ pronouncing: "It is me – Jacob Zuma."

Speaking of his decision to join the social media platform‚ Zuma told Motale: "The decision is very simple‚ I live among the people. . . I have realised in the social media‚ that is where the people are and there is a lot of talk there. I wanted to come in to join the conversation. This conversation at times says things even about me and I have not been able to respond."

Now‚ he said‚ he had a platform to do so in order to correct "distortions and propaganda".

In addition‚ he said‚ "I do have views that I think are important for people to know."

Asked his response to people including Malema and entertainer Aka welcoming him to Twitter‚ Zuma said there are "those who have supported me a long time at a social level‚ but also politicians."

The ANC said on Friday it will not discourage anyone who wishes to assist former president Jacob Zuma on financing his huge legal bill.
News
3 years ago

Zuma continued: "Malema comes from the ANC‚ he was the leader of the youth‚ I interacted with him a great deal.

"He knows what I said to him at one point about his potential‚ which I still believe‚ if it is properly guided‚ as it was guided in the ANC‚ there is something that can come out of Malema.

"I believe his welcoming me indicated some of his very positive thinking and understanding."

On his Twitter account‚ Zuma said he had sold one of his properties - without stating which one - "Seeing as I have a lot of legal fees to pay".