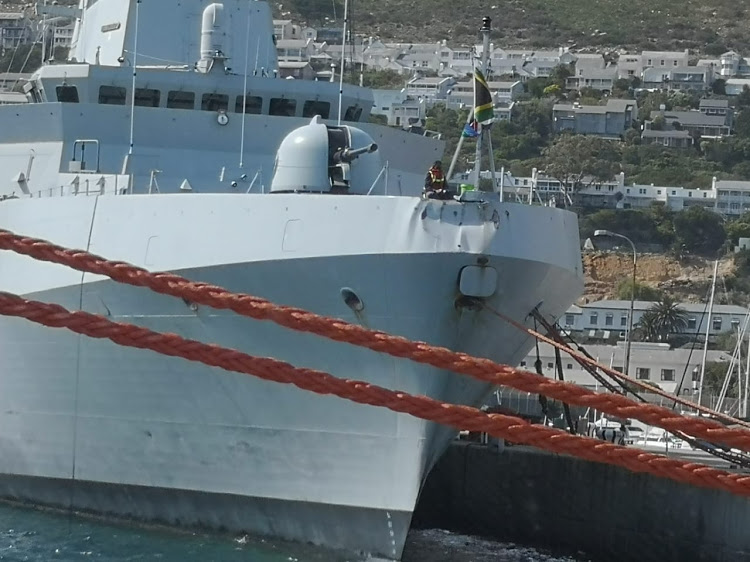 The damaged bow of the SAS Spioenkop after it collided with SAS Drakensberg while attempting to moor
Image: SA Navy

Three years ago it came under fire from one of its own‚ and this week the SAS Drakensberg was damaged again when a frigate ran into it in Simon's Town harbour.

The 32-year-old fleet supply ship was tied up when the arms deal frigate SAS Spioenkop hit it on Thursday.

“The damage will not affect either the ship's watertight integrity‚” he said.

“The cause of the incident is to be investigated and a board of inquiry will be established to determine circumstances that led to the incident.” 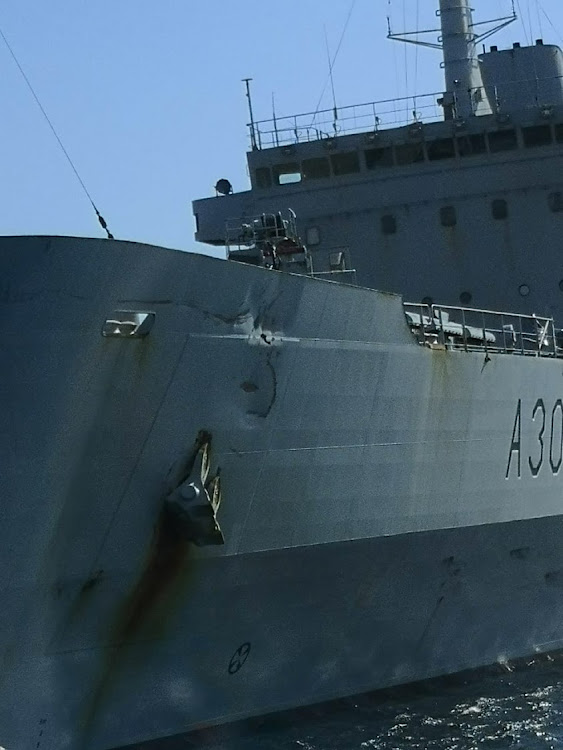 The dent in the SAS Drakensberg's port bow after the frigate SAS Spioenkop ran into it in Simon's Town
Image: SA Navy

Greyling said the collision happened at 3.30pm‚ when SAS Spioenkop was entering the harbour‚ guided by the naval harbour master and tugs.

“SAS Spioenkop was returning from sea‚ where she conducted engine trials. There was a mechanical or communication system deficiency on board the frigate at a critical time when the ship was supposed to reduce speed‚” he said.

“Despite valiant efforts from the tugs to reduce her speed‚ SAS Spioenkop collided with SAS Drakensberg‚ which was berthed alongside.”

In February 2016‚ the SAS Drakensberg became the first SA warship to come under fire in the democratic era when the naval strike craft Isaac Dyobha accidentally fired its 20mm gun at the supply ship‚ damaging the port deck.

The incident occurred during the high-profile Armed Forces Day military exhibition at Port Elizabeth‚ attended by then-president Jacob Zuma and 25‚000 members of the public.

Naval spokesman Zamo Sithole said at the time: “A 20mm practice round was discharged from Isaac Dyobha while the ships were berthed in Port Elizabeth harbour."

The strike craft accidentally discharged its gun while trying to clear a blockage. The practice round caused a deep dent in the Drakensberg's deck.