Emotions soar at burial of initiate who wanted water 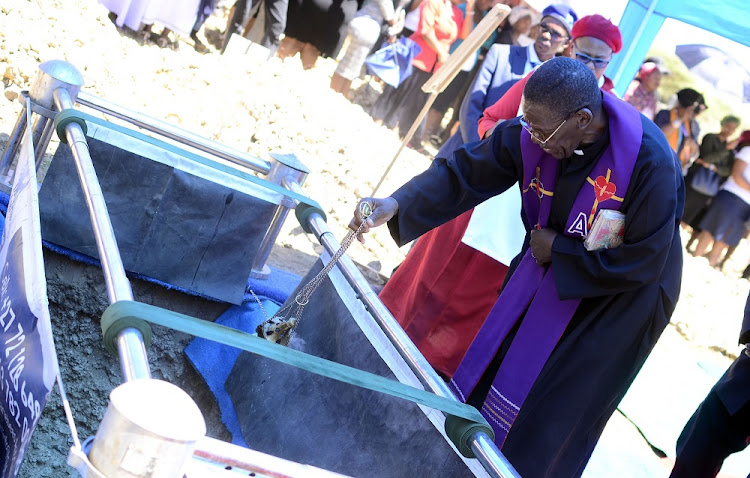 Emotions ran high at the funeral service of a 14-year-old boy who was beaten to death for trying to escape from an initiation school.

Mourners who spoke at the service vowed to stop illegal initiation schools in the area.

Tlotlo Sedibe of Setlopo village in Mahikeng, North West, was killed last week, allegedly by fellow initiates who caught him while trying to escape.

He had apparently escaped to break a seven-day water restriction when he could no longer handle being thirsty.

His aunt Weliminah Makokwe urged mourners and the community of Setlopo at large to come together and form a community policing forum that will patrol the village.

"His death is a wake-up call, if he was not at an illegal initiation school, my nephew could have still been alive,"
she said.

"We do not want to see any tent or any form of makeshift initiation school around here, especially those who are illegal."

Sketches of the postmortem report showed that both Sedibe's knees were broken and had a cut on his head as well as very severe wounds and bruises all around his body.

Sedibe's uncle Willie Molete said they had to bury Sedibe before the initiation school principal Koboyatshwene Sello returned his clothes.

"He is refusing to give us his clothes. What is worse is that only one person was arrested. There were four weapons at the scene, surely he was not killed by one person," he said.

Setlopo secondary school principal Peter Mpiwa said Sedibe, who was in grade 7, was an outspoken boy.

"He was talkative and participated in many activities. We were expecting a lot from him and it was just unfortunate how he died. He was a bright child," Mpiwa said.