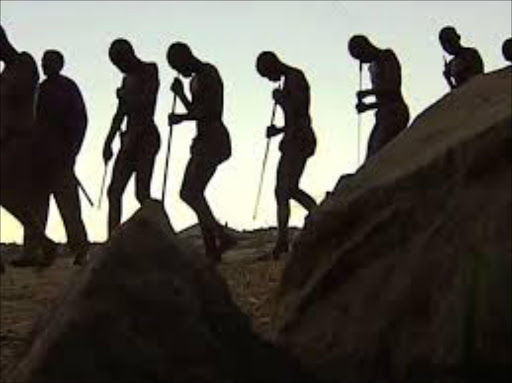 More young people in Limpopo are opting for circumcision performed by medical practitioners before enrolling at traditional initiation schools.

This is according to Kgoshi Seshego Sekororo of GaSekororo, a member of the working committee on initiation schools, who was speaking in Polokwane yesterday during an announcement on the province's state of readiness for the 2016 initiation season.

This year the department of co-operative governance, human settlements and traditional affairs has announced the initiation season will commence on Friday and end on July 18 with 325 schools being approved.

Initiation schools form part of a long-standing right of passage for African boys which facilitates their transition from childhood into adulthood.

Circumcision only forms part of the process, which also includes cultural lessons and rituals.

Sekororo said most African men felt fulfilled after going through the rite of passage, although others were choosing to get medically circumcised before attending initiation schools.

He said most males preferred to complete the process by enrolling at a school to avoid being stigmatised by their communities.

Last year the province saw an intake of 14124 males and 1704 females. Despite the huge intake, Limpopo has been hailed for its low number of deaths.

Chairman of the provincial House of Traditional Leaders, Kgoshi Malesela Dikgale, said the aim for this year was to have a zero death initiation season after two people died last year.

Dikgale urged parents to take their children for medical screening before enrolling them in case there is a serious medical condition which needs to be treated.

He said the death of an asthmatic initiate last year could have been prevented with proper medical screening and medication.

"We don't want to be like other provinces where they lose 40 to 50 initiates in one season," he said.

Out of the 376 applications received this year, 51 operators were denied permits after they failed to meet the requirements.

The majority of schools are in the Sekhukhune district, which previously had high instances of illegal operators.

Dikgale said some people were seeking to exploit the cultural practice for monetary gain.

"We will not rest until all perpetrators who violate initiation school regulations have been brought to book," he said.