How to cut out deaths and injuries at initiation schools 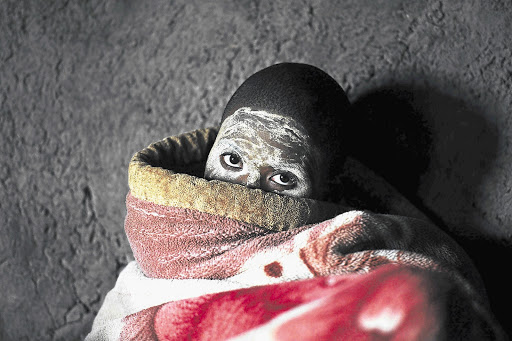 Last week, with the release of the report on initiation deaths and injuries by the Commission for the Promotion and Protection of the Rights of Cultural, Religious and Linguistic Communities (CRL Commission) had me biting my nails as I became increasingly worried about the state of this rite of passage, once a highlight in many young boys' lives.

As I turned the pages to find 557 deaths had occurred, 5035 young boys were hospitalised and 214 penile amputations had taken place from 2016 to date, this sent shivers down my spine.

This rite is central to defining the features of a modern African society, and we should celebrate this, not shed more tears over it.

It angers me that thugs have hijacked such a special tradition for commercial gain and subsequently have robbed many of the opportunity to undergo this significant traditional ritual.

We know that this is part of an ongoing conversation which is taking place in many communities across the country. But while our boys are dying, the government is clearly not doing what it promised to ensure zero deaths be realised.

In fact, it is imperative that the government acts decisively and swiftly in mitigating deaths that happen at initiation schools.

In Gauteng, for example, it is unfathomable to think that halting a sacred and long-established cultural tradition to investigate illegal and commercial practices for a year will see positive results, however, my main concern is that it might see underground and dangerous practices flourish.

The CRL's recommendation to suspend all initiation activity in Gauteng is surprising as neither the commissioner nor the report provide any reasons for such a drastic and almost Draconian intervention. Logic tells me that the CRL is out of its depth here.

Where are our leaders, where are our mentors in communities where botched practices aren't regulated?

CRL Commission suspends all Gauteng initiation schools till end of 2018

The Commission for Cultural‚ Religious and Linguistic Rights (CRL) has ordered a suspension of all initiation-related activities in Gauteng.
News
4 years ago

The DA-run Western Cape government, although not many initiations take place in this province, developed an initiation framework and protocol back in 2011, which incorporates the provincial department of health's circumcision strategy.

This approach focuses on the supply of services that support and respect the initiation process, including providing first-aid training to cultural practitioners and allocating medical officers to initiation sites.

The Gauteng government can certainly take a leaf out of this book.

As compassionate and caring people, we simply cannot allow the government to continue to fail on this critical issue.

Through the formation of partnerships with the relevant initiation forums, municipalities and provincial departments such as the department of health will work towards protecting the custom of initiation and safeguarding the medical wellbeing of all initiates.

The people who have hijacked this practice for commercial interests and thus run illegal initiation schools must be arrested and prosecuted.

Traditional ceremonies play an integral role in our society and continue to bring fulfilment to many who practise them safely.

The DA believes that to thrive as a society we must preserve our sacred traditions, but these practices should be brought in line with the constitution and the rule of law.