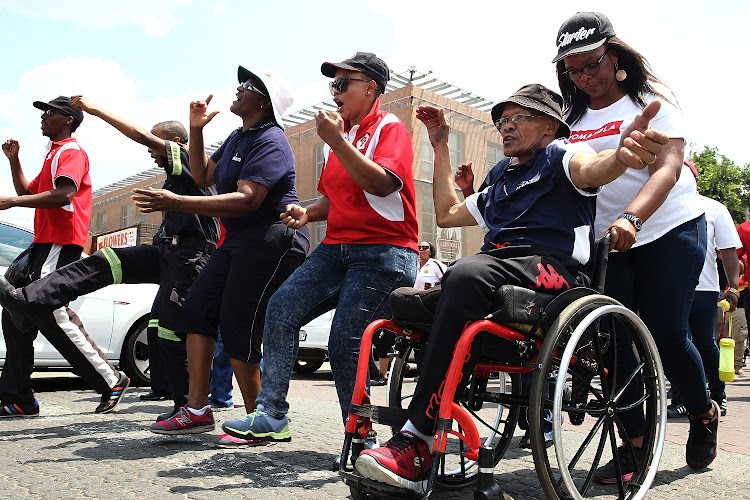 The workers are complaining that they have not been paid for three months. The broke district is the only Gauteng municipality to invest with the doomed VBS Mutual Bank.

After two hours of waiting the angry workers blocked the street with fire engine trucks. They complained that their policies hadlapsed and that they feared losing their homes as well due to nonpayment of bonds.

The West Rand District Municipality has denied reports that officials were being held hostage on Wednesday by workers over non-payment of salaries.
News
3 years ago

The workers, some in the colours of ANC-aligned South African Municipal Workers' Union (Samwu), vowed not to vote for the ruling party next year.

"Don't come looking for our votes next year. ANC don't want to deal with our problems so we will give our votes to other parties," they said.

The other workers at the protest belonged to the Democratic Municipal and Allied Workers Union of SA (Dewusa).