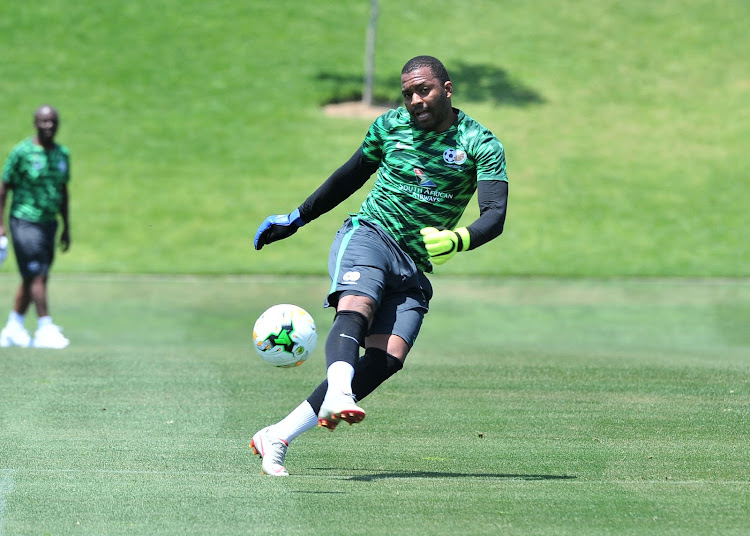 Itumeleng Khune believes a decent crowd can come out to support Bafana Bafana in their Africa Cup of Nations (Afcon) qualifier against Nigeria on Saturday‚ but has also made an impassioned plea for South Africans to buy tickets.

Khune said‚ despite just 7‚300 tickets having been sold for such a big game – the winners of which can clinch qualification for Cameroon 2019 – against South Africa’s biggest footballing foes‚ Nigeria‚ he believed Bafana supporters would buy late.

“You know how South Africans are. They like last-minute things‚” Khune said.

“So they will go and buy tickets. We just have to encourage them to come to the stadium‚ and make promises that we will keep and we will deliver on Saturday.

“So that’s our promise – that we will do well. We will definitely go out there and represent the country well.

“So they must play their part as well by coming to support the team. And purchase more tickets.

“South Africans I know you can do it. The team needs you.”

Despite the confidence of his appeal‚ Khune said the criticism that has been leveled at Bafana after more than a decade of underachievement punctuated by failures to qualify for major tournaments‚ let alone compete for a Nation Cups‚ is warranted.

“I think our people deserve better. I mean‚ we have to win every match we play‚” the Kaizer Chiefs captain‚ one of the best goalkeepers in Africa‚ said.

“But we’ve got great players‚ with great potential to even play so many matches and consolidate and win them.

“And they have got every right to be mad at us. We deserve to have positive results in every match that we play in.

“But again‚ it’s not only us – we are playing against 11 who are put on the field to play. And our plan might not be executed on the day.

“It’s part of football. The other teams also plan for us. And if we don’t take advantage we won’t win matches.

“But I don’t think we have been unfairly judged. I think they [the fans] are right. We need to deliver in every match we play.”

Bafana qualified for their first Afcon since 2008 when they reached Equatorial Guinea 2015‚ where they exited in the first round‚ having been hosts in 2013.

They did not reach the 2017 Nations Cup.

They last qualified for a World Cup in 2002.